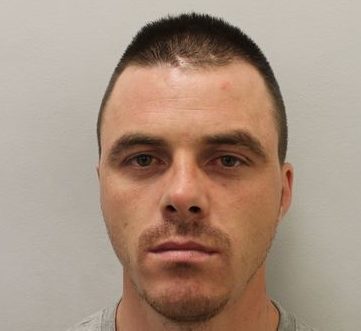 A man has been jailed for ten years, with a further seven on licence when he is released, after pleaded guilty to raping an eighteen-year-old woman three times in Brixton.

His victim, an eighteen-year-old woman, was attacked after she walked home after finishing work at a pub, at around 4.30am on June 2, 2019.

As she walked down Somerlyton Road, Scineianu began following her into a residential building where he attacked her in the stairway and raped her three times despite her pleas for him to stop, the court heard.

Police said she managed to escape after she persuaded him to let her leave to get a drink.

Fleeing the scene with Scinteianu following her, she found a passerby who took her to straight to Brixton Police Station.

Police found her attacker asleep on a mattress behind the building where the woman had been attacked.

He was also identified by officers as a man that had been ordered to leave the same area earlier after reports of anti-social behaviour.

Scinteianu was arrested and police said he refused to comment during questioning.

He was charged four days later and remanded in custody.

CCTV evidence is said to have clearly showed he was responsible for the sickening crime.

Investigating officers paid tribute to the woman’s “immeasurable bravery” throughout her ordeal.

Detective Constable Esther Pugh, said: “This was a horrifying attack by Scinteianu on this young woman.

“Her swift initial actions in going to the police lead to Scinteianu being apprehended at the scene and valuable evidence being seized which was fundamental in securing a conviction against him.”

He said: “The victim was courageous in making her escape and going straight to police who quickly arrested Scinteianu.

“I would like to thank the victim who has displayed immeasurable bravery in supporting our investigation, and my investigating team, who have worked hard to put this man behind bars.”