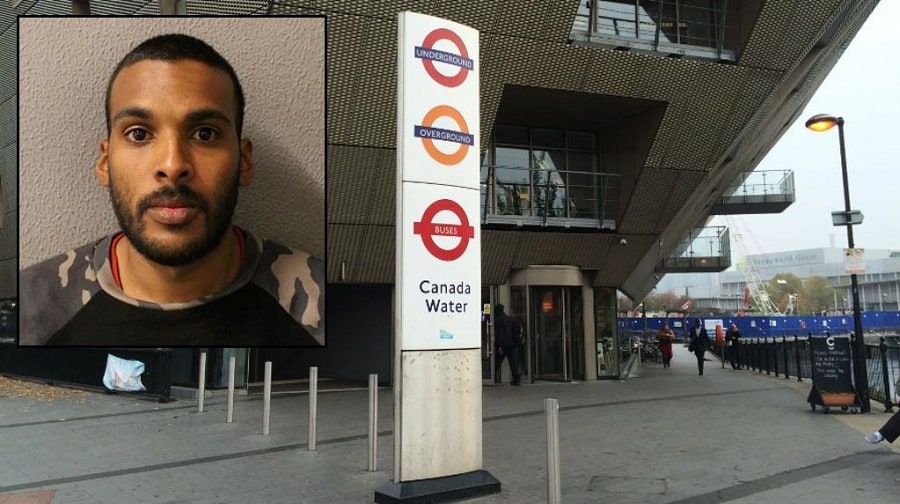 A man, who sexually assaulted a teenager before punching a rail worker at Canada Water station, has been locked up.

Courtney Mahamedally, 28, of Clifton Road, N1, was jailed for six months after pleading guilty to sexual assault and one count of common assault.

City of London Magistrates’ Court heard how shortly before 2.30am on January 6 this year, the victim, a nineteen-year-old woman, was on the London Overground platforms at Canada Water station, waiting for a train.

Mahamedally approached the victim on the platform, jumping at her and grabbing her around the waist.

The pair then struggled, with Mahamedally shouting “you’re not going anywhere”.

Meanwhile, staff observing CCTV contacted the police and went to help the victim.

As police responded, staff intervened, during which a member of staff was punched in the face by the defendant.

Mahamedally was arrested at the scene and taken to custody. He will also be on the sexual offences register for seven years.

DC Helen Parsfield, from British Transport Police, said: “Mahamedally initially pleaded not guilty, but when he was presented with the overwhelming evidence, he later admitted the charges.

“I’m grateful to the members of staff who went to assist the victim during what must have been a frightening experience.

“Unwanted sexual behaviour on the London Underground network will never be tolerated.

“I’d like to thank the victim for helping us bring this violent man to justice; he’ll now spend six months behind bars and seven years on the sex offenders’ register.”

Siwan Hayward, TfL’s head of transport policing, added: “Everyone has the right to travel without fear or intimidation and alongside the police we will eradicate unwanted sexual behaviour from public transport in London.

“This case sends a clear message to all potential offenders that they will be caught and brought to justice for their disgusting crimes, as well as showing that violence and abuse towards our staff will not be tolerated and offenders will be prosecuted.

“TfL works closely with the police day and night to ensure the safety of our customers.”