Gary Davis used 60,000 LEGO pieces to make the hospital model, with the help of staff and children 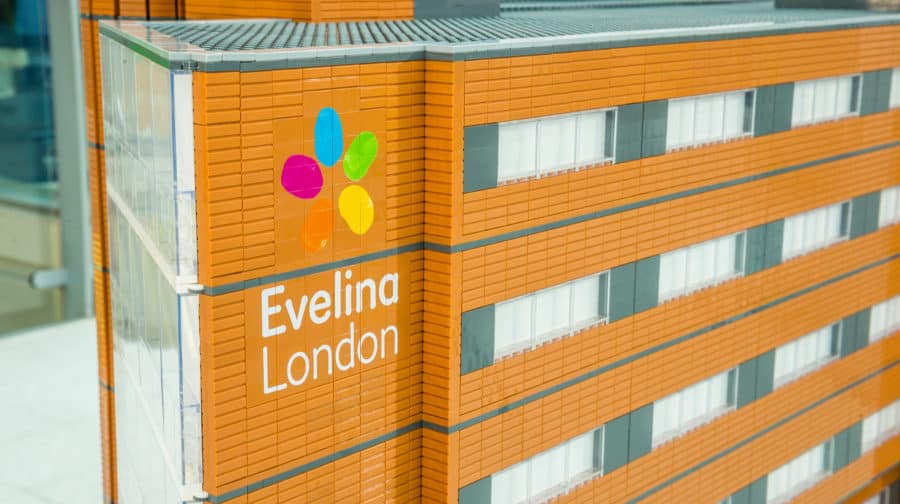 The Evelina Children’s Hospital has been painstakingly replicated out of 60,000 LEGO pieces.

The 1/50th scale recreation of the hospital, which serves Southwark, features more than 200 mini LEGO figures – including one designed to resemble the hospital’s patron, The Duchess of Cambridge.

Eight-year-old Marina Yaqobi helped to unveil the detailed replica by placing the final figurine on the model, made to look like her.

The youngster, from Croydon, spent eight months at the hospital last year for a serious lung problem and kidney failure.

She spent two months in intensive care before finally receiving her dad’s kidney in September.

The model was donated by the charity Fairy Bricks – which gives LEGO to children in hospital – and designed by charity volunteer, Gary Davis. Marina and volunteer Gary who made the model

“It was a challenge at times, but I hope I’ve done the building justice,” he said. “I’m really looking forward to Evelina London’s staff, as well as the children and young people, seeing it for the first time.”

Working from photographs, building plans and tours given by Evelina staff, Gary aimed to create the most accurate replica of the hospital as possible, even down to the atrium’s glass ceiling.

Offices, examination rooms, intensive care units and even the coffee shop are replicated in the incredibly detailed model. The model is filled with painstaking detail

“Evelina London is a truly special place to work and this brilliant LEGO model captures a lot of the magic of the building, as well as the incredible people inside it,” said Susan Pruden, Evelina London’s play specialist team lead.

“It’s a wonderful thing for the children and young people who come to Evelina London to see and we’re incredibly grateful to Fairy Bricks.

“We can’t thank Gary enough for lovingly creating such a brilliantly detailed model.”

The LEGO model is due to stay at Evelina London until September 2020, before being taken to Skaerbaek in Denmark for an international LEGO Exhibition, then to the Great Western LEGO Show in Swindon the following week.