A crowd of worried residents, including his partner, watched as fire fighters fought desperately to save the 61-year-old man. 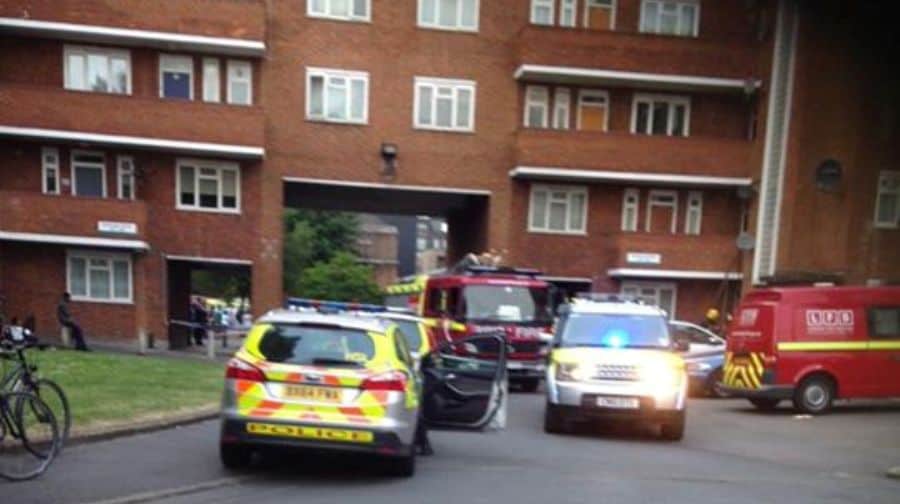 Firefighters fought desperately to save a Bermondsey man from a flat fire last Saturday, drawing a crowd of worried residents that included his partner.

Wearing special breathing equipment, the fire-fighters rescued the 61-year-old man from his Neckinger Estate flat and brought him outside into the street.

A group of concerned residents gathered to watch the emergency services fight to save the man.

He was rushed to the Royal London Hospital, where he remains in a critical condition, suffering from burns and smoke inhalation.

Katrina Hogg, chair of the Neckinger Estate TRA, said: “There were loads of people there, including his partner, who just had to stand and watch. The police and the ambulance crew were just great. Everyone was watching them working on him and getting him back with us.

“I’ve been getting updates, and he is still alive and doing okay.”

Councillor Damian O’Brien also indicated in a Twitter post that the fire could have been started by a lit cigarette.

Police and fire officers are investigating the cause of the fire, although at this early stage it is not thought to be suspicious.

Ten fire fighters attended the scene, as did an ambulance crew and a London Air Ambulance, which landed in nearby Bermondsey Spa Gardens.

A spokesperson for the fire service said: “The living room of the first floor flat which was in a four-storey block, was partly damaged by the blaze.

Fire fighters were called at 7.21pm and had the fire under control exactly an hour later.