“We were reaching out for him and his head came up again, and my crew grabbed his flailing arm and pulled him aboard the lifeboat." lifeboat crew said 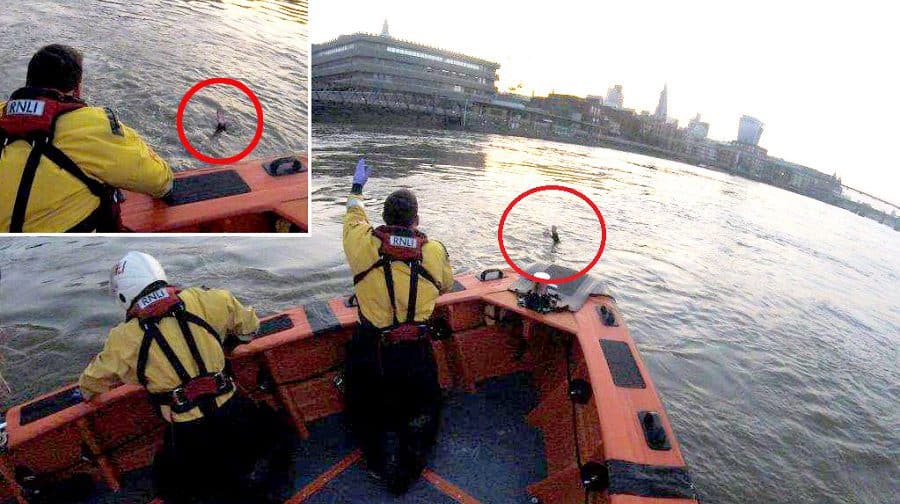 A man who was “five seconds from drowning” in the Thames was rescued by lifeguards last week, just as a national campaign was launched to prevent people drowning.

Volunteers from the Royal National Lifeboat Institution (RNLI) were called at 5am on May 25 to reports of a man battling to stay afloat in the river by Blackfriars Bridge.

The 36-year-old was spotted by the crew of a Thames Clipper crew.

Craig Burn, helm of Tower RNLI lifeboat crew, said: “His head went under and all we could see was an arm and hand as he was struggling.

“We were reaching out for him and his head came up again, and my crew grabbed his flailing arm and pulled him aboard the lifeboat.

“He was probably five seconds away from drowning. Given his temperature and the water he had ingested, if we hadn’t got him there and then, he’d have gone under.”

He added that the 36-year-old, who could not be identified, was wearing black clothing and had black hair, which made him all the more difficult to spot in the early morning light.

He was treated on board the lifeboat for cold and water inhalation, and was taken back to the lifeboat station for London Ambulance Service paramedics and the Met Police’s Marine Unit to take over.

The London Ambulance Service confirmed he was taken to hospital, but was not treated at a major trauma centre, and blue lights were not used by the ambulance.

The rescue by chance happened on the same day the RNLI launched its ‘Respect the Water’ campaign, which aims to inform the public of how to deal with the potentially fatal effects of cold-water shock.

The RNLI recommends you should focus on floating until the effect of cold-water shock passes, so you can catch your breath and swim or call for help.

The campaign is targeted at adult men, who account for 79 per cent of drowning fatalities in the Thames over the past five years.

Neither the RNLI nor the LAS were able to confirm how the man had come to be in the water.