The victim was picked up and carried down Mary Datchelor Close 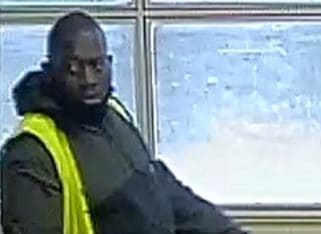 Police want to identify this man

Detectives are appealing for help identifying a man linked to a suspected child abduction attempt in Camberwell last year.

In October we reported that the victim, a girl aged 7, was grabbed by an unknown man while walking in Mary Datchelor Close with her mother at around 5pm on Thursday, October 22.

The man dropped her a short time later and made off on foot. The girl was not injured during the ordeal.

Two days later a 33-year-old man was charged with child abduction and later released with no further action after being eliminated from enquiries.

Police say anyone who recognises the man in the appeal should contact them immediately as it could identify the suspect, or remove someone from their lines of enquiry.

Police want to identify this man