The victim was taken to hospital 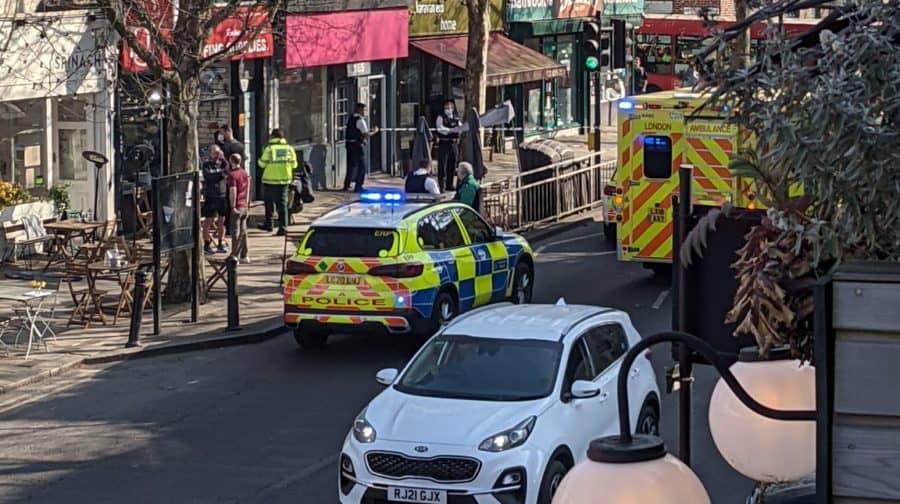 A man was stabbed in East Dulwich’s Lordship Lane on Monday afternoon.

Emergency services were at the scene from approximately 4.15pm ( April 19) after reports of an attack

There are no further details of his age or condition, but police have confirmed he has been taken to hospital for treatment.

So far no arrests have been made.

Footage shared on social media shows officers putting up a cordon around Spinach restaurant, with the attack believed to have taken place inside or nearby.

A London Ambulance Service spokesperson said: “We were called at 4.14pm yesterday (19 April) to reports of a person injured in Lordship Lane, SE22.

“We sent an ambulance crew, a medic in a car, and a clinical team manager. We also dispatched London’s Air Ambulance.

“A man was treated at the scene and taken to a major trauma centre as a priority.”

stabbing at/outside Spinach. Apparently a moped with two lads ran another off the road, took refuge at spinach and was stabbed. Unsure of condition, heard second hand from a friend eating there.

Very concerned to hear about a stabbing on Lordship Lane this afternoon. My thoughts with the victim receiving treatment in hospital & all who witnessed this appalling, traumatic violence. If you have any information please contact the police or @CrimestoppersUK https://t.co/PynNZ6xucp