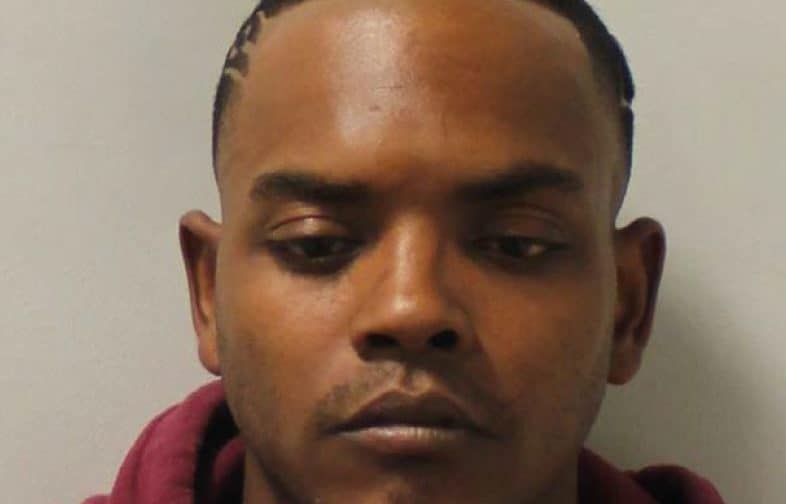 A 33-year-old man has been found guilty of GBH on a woman in Southwark and the false imprisonment, GBH and rape of a woman in Haringey in a joint trial last week.

The court heard that on November 30, 2019, Pineda harassed a woman, known to him at a bar in Southwark, repeatedly trying to engage her in conversation despite her telling him to leave her alone.

After she and a friend left the bar, Pineda followed them and glassed his victim with a bottle, leaving her with lacerations to the face. The women were able to run to a nearby police station and receive medical treatment.

Pineda was arrested on December 3 and charged by postal requisition on April 9 with grievous bodily harm. He was bailed to appear at Inner London Crown Court for trial on May 7, 2020.

While awaiting trial, on June  23, 2020 Pineda assaulted, imprisoned and raped a woman who was visiting his house in West Green Road in Haringey.

After reporting the incident to police the next day officers launched a manhunt and captured Pineda on July 4, 2020. He was arrested on 4 July 2020 on suspicion of rape, false imprisonment and GBH.

Pineda pleaded not guilty to all counts for both incidents but was convicted following a two week trial at Wood Green Crown Court, on March 15, 2021. He will be sentenced on  May 28..

“He has subjected two women who he formed a relationship with to significant violence and has shown no remorse for his actions.

“The verdict is welcomed as it sends a clear message that such acts will not be tolerated.

“I would like to thank both victims for coming forward and supporting the police investigation.

“I hope this conviction goes some way to providing closure for the victims after what must have been a horrific experience.”

“I hope this result reassures our local community that sexual assault and violence will not be tolerated in any form.

“Victims of abuse and sexual violence should feel confident and trust that their local officers will work tirelessly to seek justice and protect those at risk of harm.

“The Met encourages anyone who is victim or witness to sexual assault, to contact police. We have specially trained officers who will give advice and ongoing support.

“Should you wish to report a crime, you can do so by contacting police on 101 or reporting online. Always call 999 in an emergency.­’’