Wayne Randolfi, 29, indecently touched himself in full sight of two women after they boarded a train at London Bridge Station 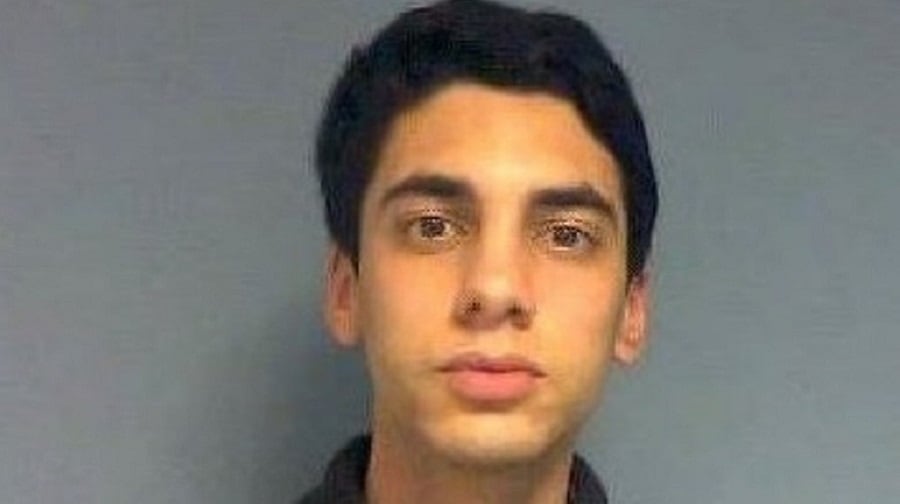 Wayne Randolfi, 29, was jailed for nine months after indecently touching himself in front of three women on two separate occasions (British Transport Police)

A man who indecently touched himself in front of three woman on two separate occasions has been jailed.

The court heard how on November 30, 2017, the 29 year old was seen to drop his trousers and expose himself before touching himself beside a woman as she waited on the opposite platform at Clapham High Street station.

Less than a month later, on December 7, a woman and her friend boarded a train at London Bridge station and took a seat in the carriage.

Randolfi approached them and sat diagonally opposite. He then began touching himself in full sight.

Both women reported Randolfi and provided descriptions. He was identified from CCTV by British Transport Police and arrested.

Investigating officer Detective Constable Andrew Parkinson said: “I would like to thank the two women who reported these incidents and supported the prosecution process which enabled police to bring Randolfi to justice.

“Both were sickened by his actions and made to feel scared and vulnerable.

“By reporting these incidents in a timely manner the women enabled police to gather the supporting CCTV evidence and identify Randolfi.

“His sentence should send out a strong deterrent that such behaviour will not be tolerated on the public transport network and shows the importance of members of the public reporting such incidents.

“I would urge anyone who has been a victim to report it to us so we can fully investigate.”