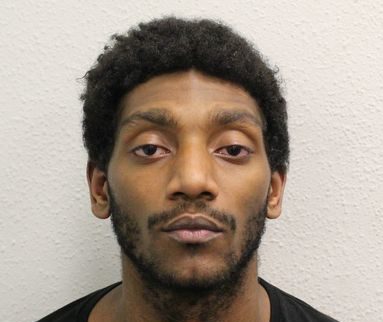 A man from Lewisham has been found guilty of controlling, coercive and abusive behaviour at a trial at Woolwich Crown Court, which heard he had even told his victim to jump out a second-floor window so he could go to prison for “a crime that was worth it”.

Remmel Parker, aged 20, denied all charges – including assault and coercive, controlling behaviour but he was convicted on November 1, after a two-week trial.

The court heard how the man from Blackheath controlled his partner, the mother of his child, over a prolonged period, and how he suffocated her with a pillow on one occasion whilst punching her.

When she broke free, he told her the only way she would escape from him was by jumping out the window – which she did.

After being hospitalised, she says she was told to lie about her injuries.

The court heard that he even told her to jump because he wanted to go to prison for a crime that was “worth it”.

Eventually, after returning to him and being suffocated again by Parker, she confided in her aunt about the ordeal, who then reported it to the police.

The court was told that throughout the abuse, the woman was reluctant to report him to police after receiving threats to her and her family.

Richard Partridge, from the CPS, said she “suffered at the hands of Remmel Parker over a number of years.

“As the father of her child, she should have found in him someone she could trust and who supported her, not someone who regularly controlled, assaulted and manipulated her.

“For years, she was terrified to tell anyone about the abuse she endured.

“Parker’s endless threats to her and her family secured her silence for three years.

“This conviction will hopefully help her move on, safe in the knowledge that he will no longer pose a risk to her.”

“He has shown a high level of violence towards the victim and sought to control her daily life.

“His controlling and violent behaviour led to the victim jumping from a second floor window to escape Parker who threatened her.

“He also assaulted her further after she returned from the hospital, which included suffocating and strangling her.

“I wholeheartedly commend the bravery of the victim in coming forward to police and her courage in giving evidence against Parker.

“I hope that this verdict sends a message to those who are violent and coercive in a domestic setting, that police take these matters seriously and will fully investigate allegations and place perpetrators before the courts.

“I encourage anyone who is a victim of physical or mental domestic abuse to contact officers without delay with the assurance that you will be listened to and supported.”

Parker (b. 01.04/999) was found guilty of two counts of controlling and coercive behaviour, as well as two counts of assault occasioning actual bodily harm, and breaching his non-molestation order.

He is due to be sentenced next month at the same court.