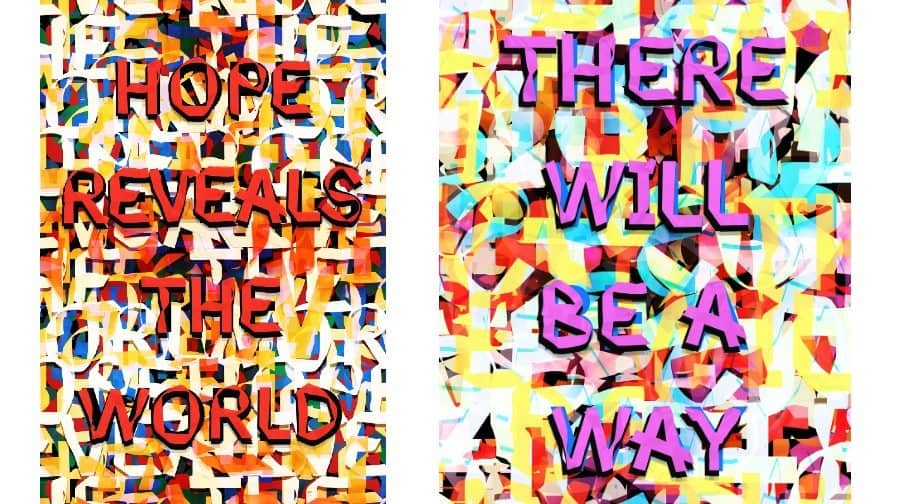 ‘There Will Be A Way’ and ‘Hope Reveals The World’

A Turner Prize-nominated artist is showcasing the community spirit of London Bridge with a series of specially-designed artworks.

A series of new works from artist Mark Titchner will go on display around Southwark from November 20, after he was commissioned by Team London Bridge, a business network.

They will be featured at London Bridge Bus Station on Borough High Street, opposite Southwark Cathedral, and at Vinegar Yard on St. Thomas Street.

The four pieces, called ‘The Future Will Be Built From Today’, ‘The Sun Rises Bright’, ‘There Will Be A Way’ and ‘Hope Reveals The World’ will also go on display across the capital.

“The original concept for this series of artworks was based on the idea of offering a nurturing, reassuring presence as we ease back into our un/familiar streets,” said the artist.

“However, as I developed the texts for the works, I also felt a sense that this moment – despite all the difficulty – presents an immense opportunity; the opportunity to build a better version of what we had before.

“As such the aesthetic style of the works shifted away from something soothing towards something bold and celebratory.”

The pieces will also be installed in Newcomen Street and Bermondsey Street.