Witnesses said the victim was dragged out of a corner shop 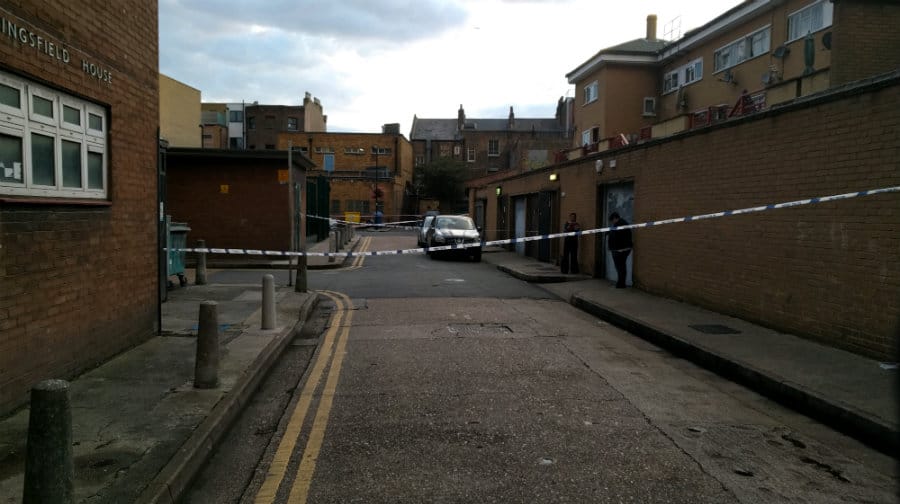 East Street Market traders were forced to close early while police attended an incident in which a man was allegedly targeted by a gang.

Police have been unable to confirm the details of the attack, which sources have said took place after 4pm on September 16.

A police cordon (pictured) was placed where the alleged attack took place in Bronti Close.

Ray Jones of the Market Traders Association confirmed that traders were asked to pack up early. He added that the “gang of youths” had seriously injured their victim after allegedly dragging him out of a corner shop in Walworth Place.