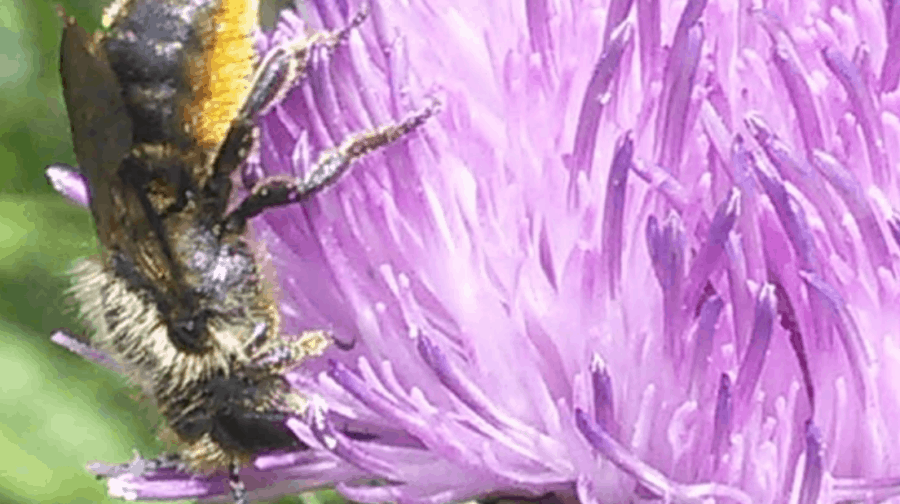 A bee in Stave Hill

Visitors to the Stave Hill Ecological Park in Rotherhithe have recently been alarmed to find hundreds of bees lying mysteriously dead on the ground.

Rebeka Clark, who manages the park, said the site has at least three bee colonies, each home to as many as 800 bees, so the recent spate of deaths is unlikely to be completely devastating to the local population. But said she had received many phone calls from alarmed members of the public who wanted to know why the bees had died.

“From talking to beekeepers and from my own observation, it’s likely that it was the spell of very cold weather we had when it was also very cold and rainy and very windy,” she said.

“What we believe, what we feel is what happened is the bees didn’t have enough energy. They could not make it back to their nest site, to their colonies. Unfortunately they starved to death. They would have been very battered and beaten about by the wind. They can only store a limited amount of energy. They need warmth and sunlight to get their systems going. They didn’t have enough available nectar so they just collapsed.”

Ms Clark went on a rescue mission last week, racing about the park to find the bees and revive as many as possible. “It was quite mad,” she said. “On Wednesday evening I thought ‘what am I doing – saving the world one bee at a time?’

Where the bees were still mobile and moving about, picking them up and putting them on the nearest nectar source made an amazing difference. As soon as you pick up these bees (with gloves on) and put them on a nectar rich flower you can see their tongues come out and suck frantically at the nectar.”

Ms Clark stressed that if anyone is going to try to move bees, they should use gloves or a couple of large leaves to avoid getting a nasty sting.

Another thing that works if there are no flowers nearby is to move bees into a sheltered place, she said – where they are not going to be blown about by the wind, using up precious energy.

“They can effectively go into hibernation mode and then they can hopefully be revived later,” she added.

Ms Clark said she was not too concerned about the local bees dying out as the queen bees in some of the colonies appear to still be active.
“This happens with all species, humans included – populations go up and populations go down,” she said. The most important thing is making sure the fantastic landscape we have in Rotherhithe, as long as we have the landscape is resilient and maintained for wildlife habitats, species can recover from these incidents.”

Nevertheless, Ms Clark was heartened by the strength of feeling of locals over the bee deaths.

“From my point of view it’s absolutely great that so many people are not just showing concern – but also wanting to help,” she said. “It’s absolutely lovely that people want to do something positive here.”