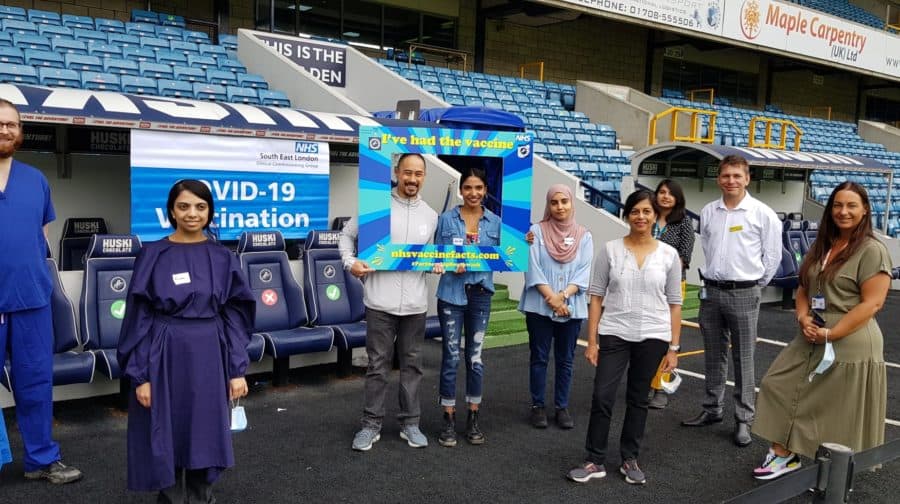 The Tate Modern and Oval Sports Grounds are holding the next mass vaccination events for south-east Londoners this week.

Anyone over eighteen is eligible to attend to receive a first or second Pfizer dose – as long as the second dose is at least eight weeks after their first at either venue.

The Tate Modern is offering jabs from 5pm to 9pm on Friday, July 16, while the Oval will be open from 8am to 8pm on Saturday, July 17.

Both venues will offer walk-ins but advise booking a time slot to guarantee a jab.

The clinics at two of south London’s best-known landmarks follow one of the biggest mass vaccination events held in south-east London, when the Den threw its doors open on July 10 and vaccinated over 1,794 people. 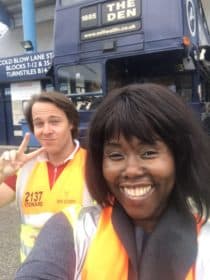 Southwark councillor and cabinet member for health and wellbeing Evelyn Akoto, who volunteered at the vaccine drive last weekend, described it as a ‘brilliant day’. “My highlight has been escorting an 82-year-Nigerian woman and an eager eighteen-year-old to have their first dose,” she said.

Health officials across Southwark and neighbouring boroughs have been ‘pulling out all the stops’ in a race against the highly transmissible Delta variant amid spiralling cases.

Along with mass vaccination events the council is also organising targeted leafleting and door-to-door visits in areas with low take-up rates. This week activity is focused in parts of Nunhead.

Second jabs can now be booked for eight weeks after the first, rather than the initial twelve, in the hope everyone over eighteen has the maximum protection against COVID-19 by September.

Not only will this help ease pressure on the NHS come winter, but officials are also desperately trying to prevent people from becoming ill as ‘freedom day’ looms next week.

New cases have continued to escalate in Southwark, partly fuelled by the easing of restrictions over recent weeks.

On Monday, health secretary Sajid Javid told MPs that the end of more or less all restrictions was confirmed for July 19; next Monday.

From then on it will only be a recommendation to wear masks on public transport and indoors across the country. However, this week it was confirmed that masks on London transport will remain compulsory. People will be encouraged to work from home if they can for a while longer. All remaining venues, including nightclubs, are set to reopen.

In parliament, Javid told MPs: “To those who say ‘why take this step now’ I say ‘if not now, when?’”

In the following press conference, Boris Johnson urged caution and said unlocking needed to be taken slowly but that waiting until September posed other risks.

Meanwhile, the government’s chief scientific adviser, Sir Patrick Vallance, said that early figures showed overall that a vaccinated person is around 75 per cent less likely to infect someone else with COVID-19; showing that the vaccine roll out both helps to break the link between infection and deaths, and wider transmission of the virus.

After two doses the protection offered by vaccination against symptomatic disease is at least ninety per cent.

Meanwhile, Professor Chris Whitty, the country’s chief medical officer, warned an ‘exit wave’ of increased cases will happen ‘whenever’ restrictions ease and it was a matter of ‘balancing risks’.

The trio also claimed the NHS was not at risk of being overwhelmed. Last week Javid had said the NHS’ waiting list could hit thirteen million in coming months due to a mix of pressures including people avoiding care during the pandemic, reduced capacity, self-isolating staff, and a rush for treatment post-vaccination.

Cases have continued to grow in Southwark at an alarming rate.

Lambeth had the joint highest incidence rate with Hammersmith and Fulham, at 325 per 100,000.

For more information about mass vaccination events, walk-in clinics and pop-up vaccine events across five boroughs in south London, including which vaccines are offered at each, visit https://selondonccg.nhs.uk/what-we-do/covid-19/covid-19-vaccine/pop-up-clinics