Matron, Major, Mayor – Denise Capstick who dedicated her life to caring and saving others passes away at 56

In a career that would epitomise helping others in pain and distress, she administered aid to troops caught up in some of the most brutal theatres of war this country has seen in the last 30 years 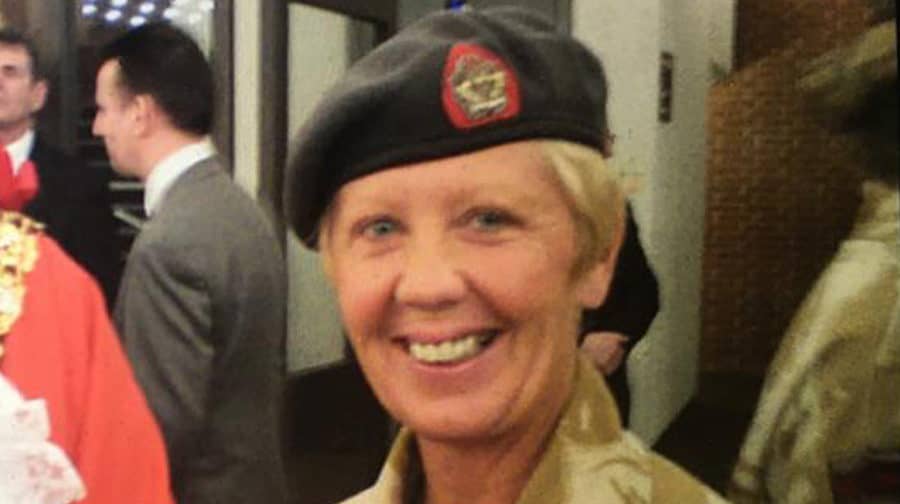 A nurse who fought to save countless lives in the borough at Guy’s and St Thomas Hospital as well as on the front lines in Kuwait, Iraq and Afghanistan, lost her own battle with cancer last week,  passing away aged only 56.

Major Denise Capstick, a former Mayor of Southwark and councillor in Bermondsey, died in her hometown of Wigan last Friday, February 5,  supported by her partner Andy and her sister Jann.

In a career that would epitomise helping others in pain and distress, Denise rose from nurse to sister to matron, while also volunteering in the Territorial Army – first as a soldier and eventually Major, administering aid to troops caught up in some of the most brutal theatres of war this country has seen in the last 30 years.

“She faced the disease with the same courage and dignity she developed nursing casualties from the front line in Kuwait, Iraq and Afghanistan,” close friend and former Liberal Democrat councillor Lorraine Zuleta told the News.

“Above all, Denise was a wonderful person. She was a very kind, generous, hardworking, compassionate and fun loving woman who served her country, her borough and community with great enthusiasm and joy,” she added. 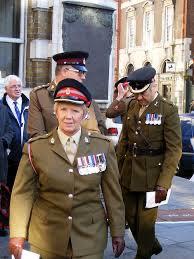 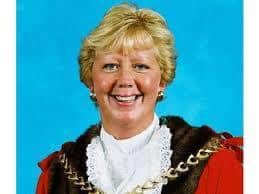 Rising to the rank of Major in the Territorial Army, now the Army Reserve, serving her country in the first Gulf War in Saudi Arabia and later in Basra in Iraq and Camp Bastion in Afghanistan, Major Capstick carried out three tours of duty. Joining up in 1988 in a branch of the Queen Alexandra’s Royal Army Nursing Corp, she quickly earned the title of Captain a year later and was a Major by 1999. Three tours is unusually high for anyone in the Army Reserves as recruits have to often juggle full-time jobs, as Denise did.

On the front line attending to soldiers’ injuries she received the Gulf Medal as well as The Queen’s Gold and the The Queen’s Diamond Jubilee medals.

Serving with Denise in Iraq in 2005-2006, Dianne Roberston spoke to the News of her compassion and courage as their field hospital on occasion came under night-time mortar and rocket fire. Denise would be tending to the soldiers as well Iraqis who were attacked alongside them or by them. “She was a glass half full, optimistic person and would always keep our spirits up. During our tour I was injured in a road traffic accident and after her duties she came and looked after me upon being discharged from the hospital.”

Dianne says she thinks her army colleagues would remember for her karaoke singing: “Not that she was a good singer, she was terrible. But she would do it so well, usually Madonna’s ‘Like A Virgin’ or ‘Hey Big Spender.’ Even after being diagnosed, and as a nurse knowing what that meant, she was amazingly very determined and very positive.”

Dedicating her life to public service she was elected as Liberal Democrat councillor to Bricklayers ward in 1998 and continued as ward councillor in Grange ward until 2014.

Winning the support of her town hall colleagues she was elected Mayor of Southwark in 2002 and became the Executive Member for Health and Social Care in 2006, where she is best remembered for the work she did to improve standards in the borough’s care homes. She put more budget into upgrading the quality of care and reducing the threshold for accessing it, when many councils were raising the threshold. Denise was a regular visitor to care homes and day centres in Southwark throughout her political career. 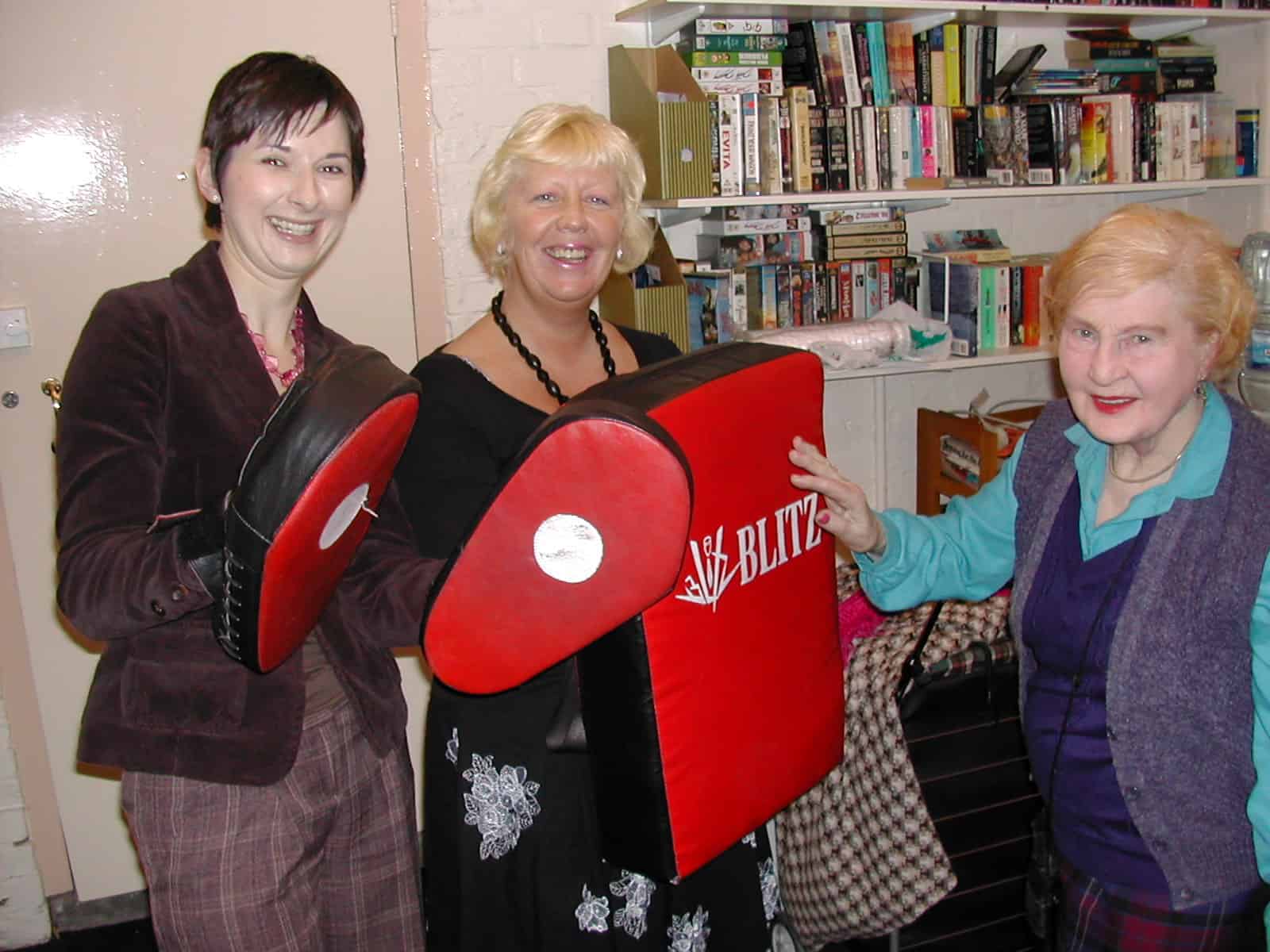 Denise at a Tenants & Residents Association self class

A nurse by profession, Denise continued her work, most recently as an Advanced Nurse Practitioner at the Wrightington, Wigan and Leigh NHS Foundation Trust, when she left Bermondsey. She worked as a nurse, nursing sister and matron for many years at Guy’s and St Thomas’s hospitals. And even took part and completed the London Marathon.

But her diagnosis with brain cancer in August 2019 came as the sun-loving former councillor was planning her future retirement in Spain. Appearing on Channel 4 show ‘Place In The Sun’ Denise had brought a property and was looking forward to retiring there when she turned 60. Filmed in March 2019, the programme aired last Thursday week (January 28) with Jonnie Irwin trying to help Denise find her perfect holiday home in the Costa Blanca.

While recovering from a routine operation on her ankle she experienced optical seizures and a scan confirmed the devastating news of a brain tumour. Despite radiotherapy and chemotherapy the cancer was extremely aggressive. “She never made a fuss, even when she was very ill,” Lorraine remembers, telling the News of a visit to Denise just three weeks after an operation to remove the tumour from her brain. Walking on the beach with her beloved Jack Russell Millie, Denise was her usual sunny self. “Having seen so much suffering, she never complained,” Lorraine added. 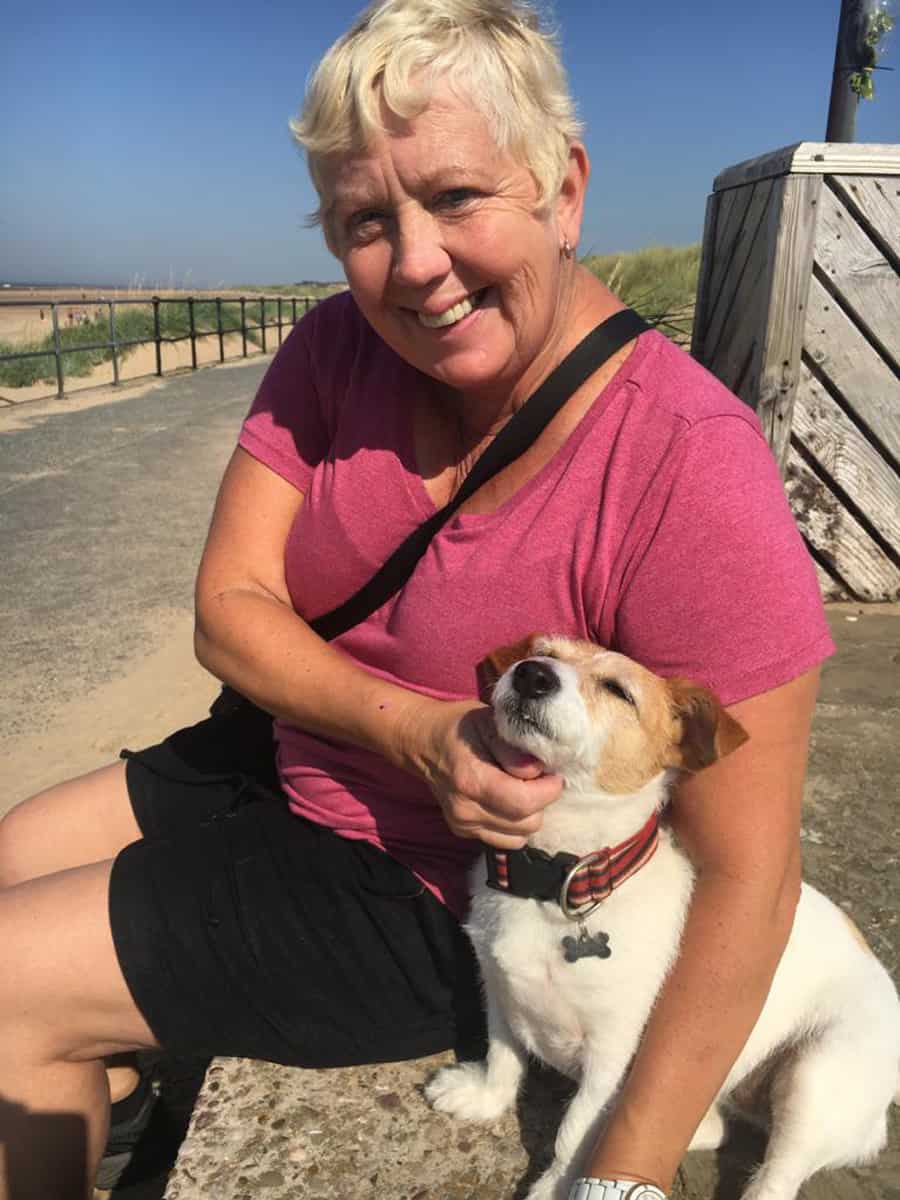 In tribute, Sir Simon Hughes, friend and colleague of Denise for many years, and MP for Bermondsey for all the time Denise was a councillor, said:“The tragically early death of our dear friend Denise will leave a huge gap in so many lives and so many places.

“Denise was a brave and caring nursing sister and soldier, and an energetic, effective and charismatic Bermondsey councillor, Mayor of Southwark and Executive Member for Health and Social Care.

“Denise gave so much of herself and her time in personal friendships and selfless public service. Many people will miss her hugely – and Andy, Jann and Denise’s wider family have all our love, thoughts and prayers at this very sad time.”

Further information about arrangements for the funeral and a celebration of Denise’s life will be shared in due course.

I got to know Denise briefly when I was serving as a QARANC Nursing Officer in Woolwich Garrison. A unique person with a permanent smile; a nurse with the highest of standards and someone with a special gift for sorting things out. . Nothing was too much bother. May she Rest in Peace

Such a wonderful tribute to a brilliant lady. A happy cheerful lady who brought light and joy to every situation. Major Denise Capstick you are remembered and thank you for your service. RiP Denise. Condolences Andy and Jann.
Capt David Burke

Southwark NewsNewsMatron, Major, Mayor – Denise Capstick who dedicated her life to caring and saving others passes away at 56