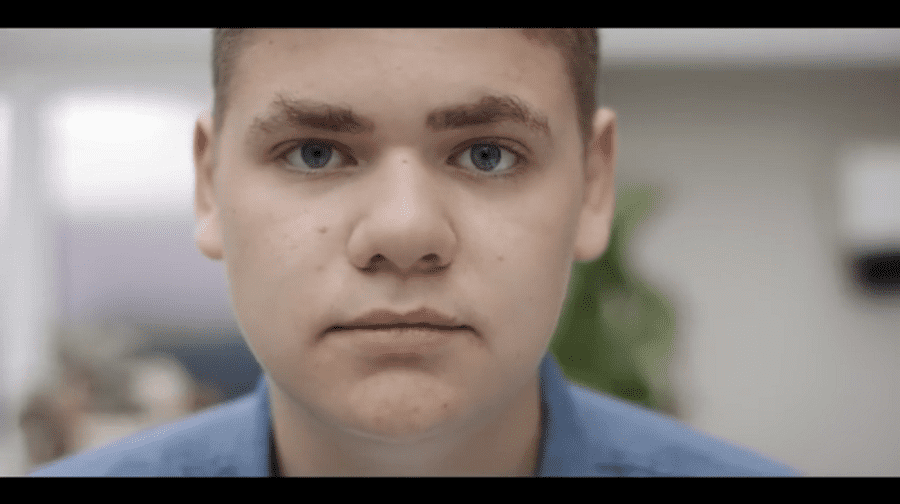 Young people speak out about OCD

A new film featuring young people treated at the Maudsley for Obsessive Compulsive Disorder is hoped to raise awareness for the ‘debilitating and paralysing’ condition and encourage sufferers to seek help.

OCD is not me, made by the South London and Maudsley NHS Trust in partnership with OCD Action, follows four young people and their families both the lowest point of their treatment, and the path to recovery.

The film was inspired by David Goldstone’s daughter, Sophie, who was treated at the Madusley’s Michael Rutter Centre, with David raising funds for the project by running the London Marathon.

“We hope the film will help children with OCD and provide reassurance about the treatment that they will be receiving and will feature some interviews with other children who have been through the programme,” he said.

“When my daughter was extremely unwell I felt a hopelessness that I had never experienced.

“I found the OCD Action Helpline online and called. They gave me hope, reassurance and guidance.

“Following a referral and assessment my daughter had to wait a few months to start treatment at Maudsley Hospital.

“During this time things were tough and even basic activities were very difficult never mind going to a strange hospital.

“Had we seen a film like this then it would have made our journey easier.”

Obsessive Compulsive Disorder affects around one to two per cent of the population.

People with the condition experience intensively negative, repetitive and intrusive thoughts – causing high levels of anxiety. They feel compelled to engage in repetitive and distressing behaviours.

“However, it is also found to be treatable, with good recovery rates following cognitive behavioural therapy with exposure and response prevention.

“Therefore, we hope that this video raises awareness of OCD as a condition, encourages sufferers to seek professional support, and provides hope for recovery.”

Sadly, many sufferers only get treatment years after their first symptoms appear.

A spokesperson for OCD Action said: “There is a shocking statistic that the average delay between onset of symptoms of OCD and people getting treatment is twelve years; this needs to change.

“People are often ashamed to talk about their OCD for fear of being judged or misunderstood, but we are confident that this film can shine a light on what OCD is, and inspire young people to speak out and get the support and treatment they deserve.”

The film, made by Catsnake, is online: www.ocdisnotme.com

Compulsions are usually carried out as a way of reducing the distress caused by obsessions. OCD takes many different forms and causes distress and interference to daily functioning.

Does OCD look the same for everyone?

OCD is a heterogeneous condition, which means it looks different for everyone.

Most people think of OCD as worries about germs and cleaning compulsions. However, it can take so many more forms than this.

Obsessions and compulsions can also change over time.

I’m worried a child or young person I know has OCD – what should I look out for?

A young person with OCD may seem very distressed and may have to do certain things again and again, even though they don’t want to.

For example, they may feel they have to wash their hands a lot, check, count or order items, or repeat actions.

You may also notice that you have to do things to help them feel okay, like give reassurance, say certain phrases or wash items.

They may also not spend as much time with friends and family as they did before, miss school or college and look really stressed out and tired.

What should I do if a child or young person is showing signs of OCD?

To get help, the first step is for young people and parents to read about OCD and discuss their concerns with their GP.

The GP can then refer onto Child and Adolescent Mental Health Services (CAMHS), where trained professionals can diagnose and treat OCD.

What sort of treatment is available for people with OCD?

Research shows that cognitive behavioural therapy (CBT) with exposure and response prevention (ERP) is the most effective treatment for OCD.

Around 70 to 80 per cent of young people have significant improvement in symptoms with effective ERP treatment.

Some people may also need medication.

CBT with ERP involves the young person working together with a therapist to learn more about anxiety, complete an ERP hierarchy and complete ERP tasks. ‘Exposure’ in ERP involves facing the fear and response prevention involves resisting the urge to perform a compulsion.

ERP might sound scary at first, but the therapist is there to offer support, and the young person is never made to do something they don’t feel ready to do.