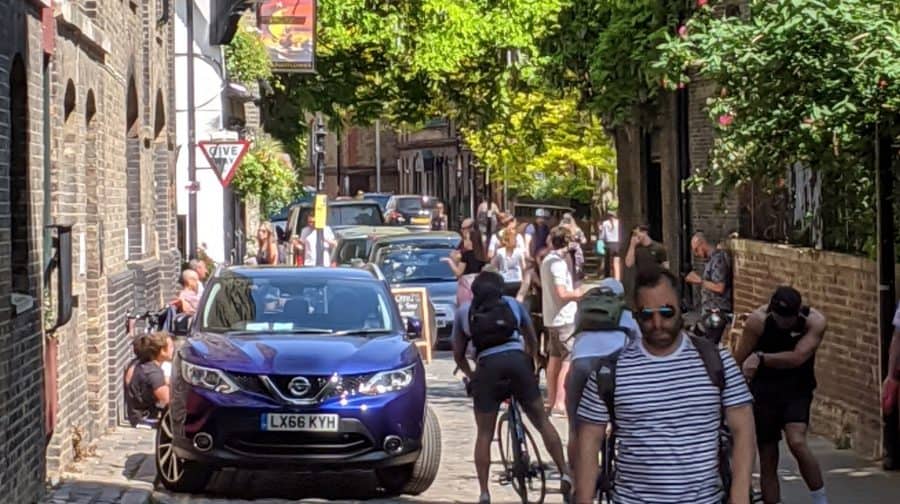 A Rotherthithe boozer was forced to stop selling takeaway beers over the weekend after cops were called,  though they may actually be allowed to do so.

The Mayflower, a four-hundred-years-old pub facing the river, began selling takeaway beers on Saturday, prompting a surge of punters.

But when police were called, they decided the pub was not licensed to sell takeaway beers, and staff were forced to shut up shop once more.

“Police were called to Rotherhithe Street SE16 at 13:00hrs on Saturday, 9 May following a report of a pub selling takeaway beer,” said a Met Police spokeswoman.

“Officers attended and discovered the premises was not licenced to do so and the staff closed the pub. No arrests.”

However, the pub’s licence is so old that it could well have allowed them to sell takeaway drinks – although police would probably have assumed they didn’t.

They may also have decided to stop the selling due to concern over social distancing. Pictures taken at the scene reveal a busy street, with witnesses raising concerns about social distancing measures during the beer sales.

“Pubs and bars are currently allowed to sell takeaway alcohol in sealed containers, to be consumed off the premises, and social distancing for queueing to purchase still needs to be adhered to,” said Cllr Victoria Mills  of Southwark Council.

“This is in line with the Government’s recommendations.

“However, if pubs and bars are selling drinks by the glass, or allowing people to gather, or to drink in or outside the buildings, this contravenes current regulations and both the police and council officers can intervene to stop it happening.”