Up the Elephant campaign vows to fight on 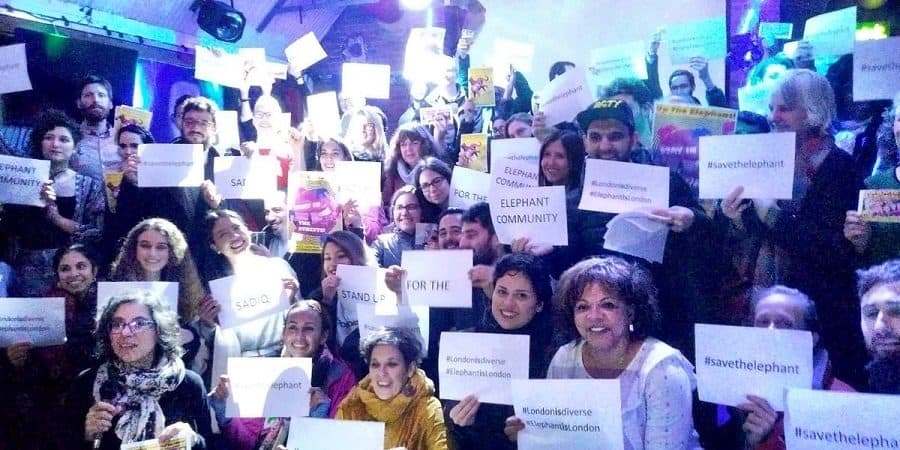 Up the Elephant's campaign party

London Mayor Sadiq Khan approved Delancey’s regeneration plans for Elephant and Castle this week as protesters vowed to fight on.

In a statement sent to the News on Monday, a City Hall spokesperson said: “This development will include nearly 1,000 new homes for rent – of which 35 per cent will be at social rent or other genuinely affordable levels – as well as community space, leisure facilities, offices, an enhanced college campus, and improvements to the nearby Underground station.

“By working with the developer and the council, City Hall have secured an unprecedented level of support for traders affected, with their rents now capped below market rates for 15 years, and have got the level of rents in the affordable homes down even further.

“City Hall have used the planning powers available to their fullest extent to make sure these plans represent a good deal for the local area, and having considered all the evidence available, have decided to approve this application.”

The decision comes after the Up the Elephant campaign held a fundraiser with more than 250 supporters including four Southwark councillors, and housing chief Stephanie Cryan.

At the time of going to press, activists planned to turn out in force at Tooley Street for the council’s planning committee meeting, where a decision was due on Delancey’s Castle Square planning application for a temporary home for traders displaced from the condemned shopping centre.

Up the Elephant says 500 square metres and space for 33 traders is inadequate, and if this application is rejected the entire regeneration scheme could be taken back to the drawing board.

Although Delancey has increased the number of homes at social rent, the number still falls below current targets at just 116 out of 979 overall.

Jerry Flynn from Elephant Amenity Network, told the News before the decision was announced: “The local community has already gained more social housing from the redevelopment and a better deal for traders – but it is not enough.

“We must continue the united campaign of local people, councillors, students and traders to secure the homes and local businesses the Elephant desperately needs.”