"It’s much harder than you think!" 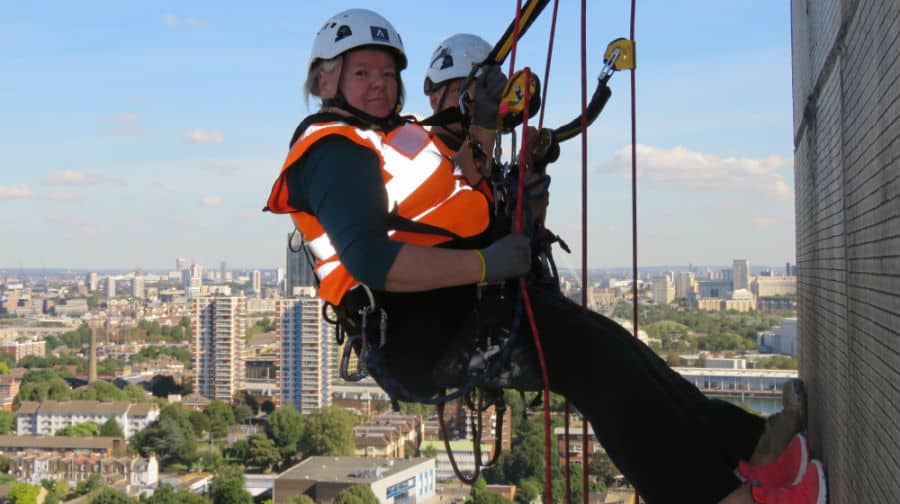 So far more than £1,000 has been raised for charity after it was organised by community regeneration company, Keepmoat, and industrial abseiling company, Avalon Pro.

Mayor Whittam led the way and was followed by twenty other fundraisers from Southwark Council, Keepmoat, British Land, Calfordseaden and residents – who were raising money for other charities such as Bede Centre and The Bermondsey Community Kitchen.

Mayor Whittam said: “Thanks everyone who has supported this, it’s much harder than you think!

“In these austere times my charities need as much support as they can get, so here’s hoping the final figure is even higher.”

The fundraising comes as Keepmoat starts work to refurbish Maydew House as part of the programme to regenerate the Abbeyfield estate.

Plans currently include a five storey extension to Maydew house and construction of around 60 new units on the site of the former Bede Centre.

Patrick Warren, Community Impact Manager at Keepmoat, said: “The Mayor is incredibly brave and we were all impressed with her descent from the 26th floor.

“We were delighted to be able to welcome her on to site and to help her raise so much money for a great cause.

“We are working with Southwark Council to finalise the plans for the refurbishment of Maydew House and look forward to involving local residents with the next stages of development.”

The mayor during the abseil