The pair tucked into some pie and mash at the Tower Bridge Road landmark last week. 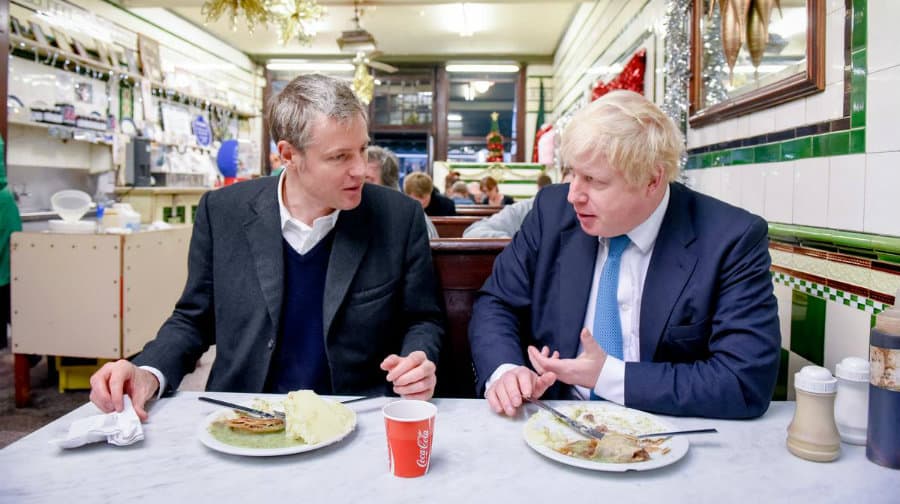 Customers at Manze’s in Tower Bridge Road were surprised to spot Mayor of London Boris Johnson and mayoral candidate Zac Goldsmith chowing down on a heaped helping of pie and mash last week.

The Tory duo caused quite a stir when they popped into the Bermondsey landmark for a bite to eat, accompanied by aides and a photographer.

An official photo posted on both politician’s Facebook pages show the pair deep in conversation – although it is noticeable that Boris had eaten a considerably larger portion of his meal than Mr Goldsmith, who had barely touched his plate.

Graham Poole, one of the shop’s owners and grandson of the founder, said: “I don’t know how to say this without sounding big-headed but we get a lot of famous people in. Some people come for their own reasons, but most just come to eat.

“When they were leaving Boris patted his chest as if to say ‘oops, no money.’

“However, the staff on that day told him “nobody gets any special treatment here”, so his aide had to pay!”

Boris posted on his Facebook page: “Yesterday I enjoyed a wholesome pie and mash lunch at the fantastic M.Manze with my friend, and hopefully my successor at City Hall, Zac Goldsmith.”

Mr Goldsmith added: “Lunch at M.Manze – the oldest pie and mash shop in London – where I bumped into an old friend…”

He will go up against rivals including Labour candidate Sadiq Khan in next May’s London mayoral election.