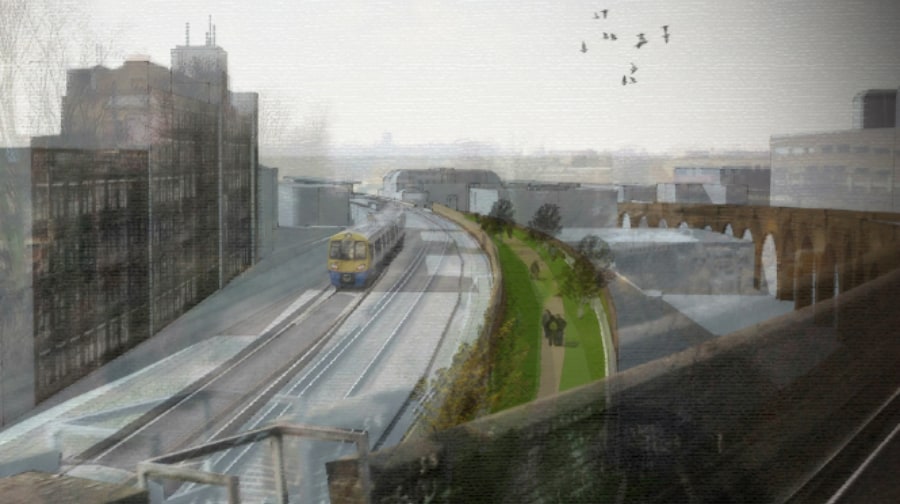 There are just forty days and nights left to pledge your support for a new urban park in the sky to run along a disused railway line.

The Mayor of London gave the Peckham Coal Line a boost last week by pledging £10,000 to the grass roots project.

In November last year the News reported on the fledgling proposals from Peckham architects, Nick Woodford and Clyde Watson, to create a city park inspired by the High Line in New York, which follows an old goods line through lower Manhattan.

The Peckham Coal Line would start off over seven metres in the air at the Ricketts sidings by Peckham Rye station, a track which currently runs parallel to the ‘live’ line, and the 900m promenade would then gradually slope down to ground level to join Kirkwood Nature Reserve and come out behind Queen’s Road station.

“What’s great about the mayor’s pledge is not only is the money really helpful, but it gives the whole thing more credibility,” said Nick now, who lives in Grove Lane, Camberwell.

While Nick and the team are busy securing funding from local businesses in the area, he told the News it was important to get support from residents of SE15. “If we want to have a say over what’s going to happen in our neighbourhood we also have to take responsibility as well and that means getting involved. For a modest budget this will have a transformational effect. It’s really going to benefit the area.

“We’ve got 40 days left. If you haven’t pledged yet now’s the time to do it.”
For more information on the proposed Coal Line or to donate, visit www.spacehive.com/peckhamcoalline