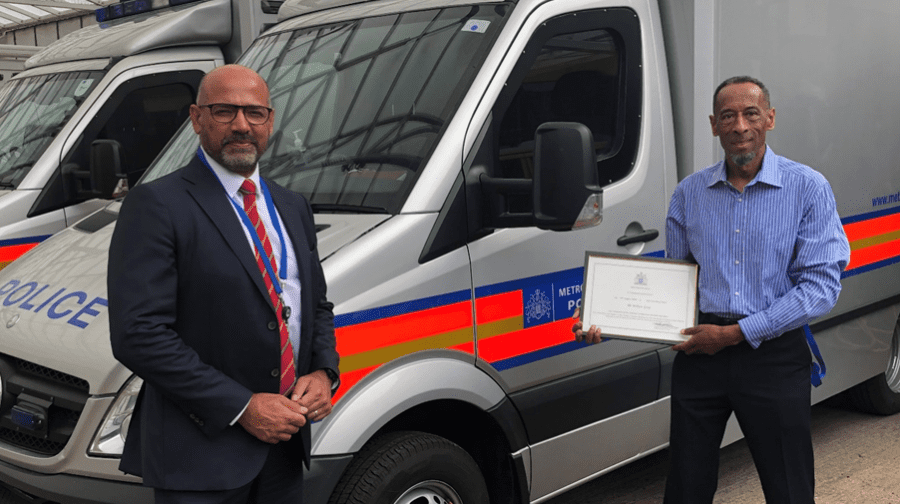 An officer from the Met’s bomb disposal team has been awarded an MBE after four decades working alongside counter terrorism staff.

In his career Wilton Grey has supported teams at the scene of more than 50 attacks and other incidents; including the IRA bombing at Hyde Park and 2017’s terrorist attacks in London Bridge and Borough Market.

In his role he has been ‘instrumental’ in developing specialist robots that can help with controlled explosions – conserving vital evidence.

He said: “Receiving this award came as a complete surprise but I am honoured to be recognised in such a way. The award has come at a poignant time as I just reached 40 years’ service with the Met.

“The Met has provided me with great opportunities and I’m so proud to be part of the organisation, especially now as it has transformed into such a professional and caring place with more opportunities and full of dedicated officers and staff.”