Brain surgery survivors, the council's cohort and a local postman: just a sample of the borough's finest who made it on to the ballot, Paige Smith writes... 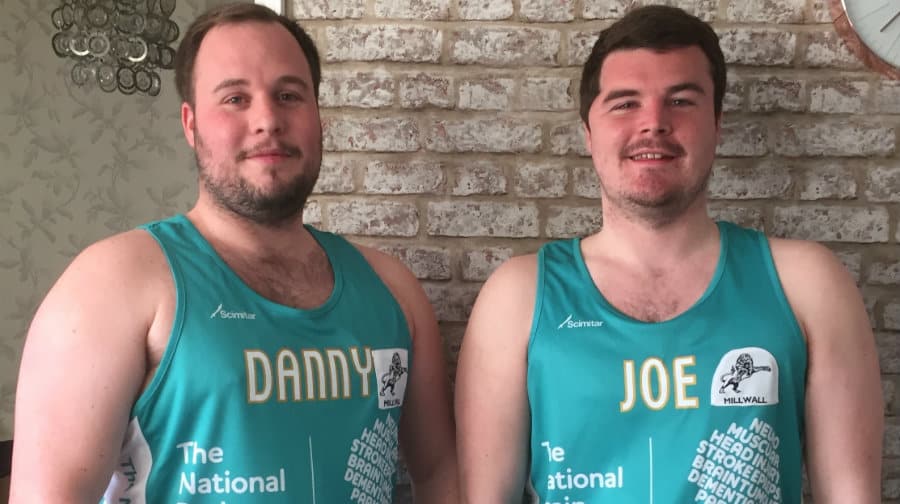 Two Rotherhithe brothers who have both undergone major brain surgery are running the London Marathon on April 24 in support of The National Brain Appeal.

Daniel, 31, and Joe, 28, Flaherty are taking part in the run for the first time after they suffered severe brain conditions eleven years apart.

Father of one, Daniel, who works in the construction industry, will be running just ten months and one day after 95 per cent of a non-cancerous tumour was removed at The National Hospital for Neurology and Neurosurgery.

He said: “I had promised myself that if came through this I would apply to do the marathon.

“I’m just aiming to finish the course, I’m not Mo Farah. Equally, I don’t want them to be sweeping up behind me because I’m taking so long.”

Younger brother, Joe, a PE teacher, had emergency surgery as a teenager in 2004 after a head injury playing football left him paralysed down his left-side weeks later.

Surgeons at King’s College Hospital removed a large part of his skull and found an abscess, leaving him in need of a titanium plate and physiotherapy.

He said: “It shook me up when Daniel was diagnosed but it also gave me the opportunity to step up and support my brother, who has always been there for me.

“Running the marathon on behalf of The National Brain Appeal charity feels like my way of saying thank you to all of the staff at The National Hospital for taking such good care of him.”

Emma D’Arcey, 40, from Bermondsey, for Shuktara

Emma is fulfilling her dream to run the London Marathon after trying to get a place in the ballot for twelve years.

The textile designer is aiming to raise over £1,500 for a charity in Kolkata, India, which provides a home for life for disabled children and young adults who have no family and have been abandoned on the streets of Kolkata, India. The charity currently supports 22 young people.

Emma said: “The money I raise will go towards the day to day running costs of shuktara – such as buying food and clothing for the children and young people.

“I have butterflies in my stomach when I think of race day – it’s a mixture of excitement and anticipation. Apart from getting round in one piece I am aiming to help get as much exposure as possible for shuktara. I think it will be an exciting day!”

You can sponsor Emma at: www.justgiving.com/Emma-D-Arcey

Richard Rawlings is getting ready to run his second marathon after 12 years for Guide Dogs UK.

The 41-year-old said: “I’ve been running for years so this feels like nothing major really, but nerves do come and go.”

Being a postman means Richard is on his feet all day long, but he really picked up his training in December varying from long endurance runs, running up and down hills, to short spurts of half an hour.

Richard’s favourite part of the marathon is the Blackfriars Underpass.

“Running through there is amazing. Having thousands of people above you and hearing their cheers

So far Richard has raised £550 for Guide Dogs UK. He said: “I picked this charity because I think the smaller charities get forgotten.”

The mayor of Southwark’s own team

The mayor of Southwark’s own team council runners

This year, Southwark council was allocated 20 guaranteed places in the marathon.

The Mayoral team this year are Adam Dannatt, Amala Poulier, Vicky Ralph, Phillip Allwright, Jo Southgate, Graham Middleton, Gavin Wilson, Michaela Deseta and Katie Drummond. They will be joined by Michael Collins who works with the Interserve team at Tooley Street and will be raising money specifically for the Mayor of Southwark’s charities, the British Red Cross and Guy’s Hospital’s new cancer treatment centre.

Mayor of Southwark, Cllr Dora Dixon-Fyle, MBE, said: “I am delighted that so many Southwark charities are benefiting this year. The hard work that our runners have put in by training and fund-raising will ultimately benefit thousands of people across the borough.”