Meet Jeffery Fry, the man who has been working at Waterloo station for nearly sixty years 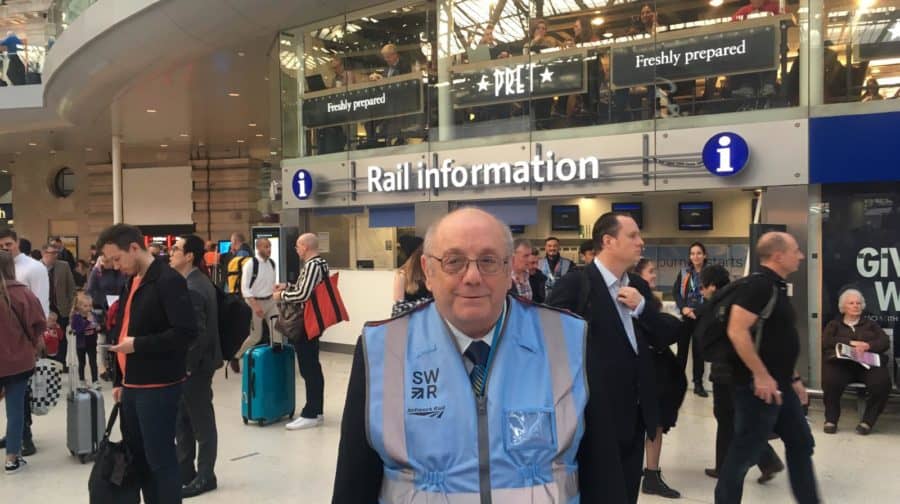 A man who has been working at Waterloo station for almost 60 years has been shortlisted for a National Rail award in recognition of the impressive longevity of his career.

Jeffery Fry joined the railway in 1961, and so enjoys the distinction of being employee number 000001 – the longest-serving employee anywhere on the South Western Railway route.

On Wednesday, August 7 Jeff marked 58 years since he started his career on the railway.

And the long-standing Waterloo employee, who is now a meet-and-greet host at the station, has been shortlisted in the Outstanding Personal Contribution category at the National Rail Awards.

“It was such a nice surprise to be nominated,” he said.

But he is not giving up work anytime soon, adding: “I’m honoured and very much looking forward to many more years working on the railway with my customers at Waterloo.”

I just love stories like this, Jeff would remember before the concourse was paved, before the extra floor was added, he would remember the old ticket office with its entrance in York road and the winding passageway up to the concourse, the wooden indicator boards, and of course the Gents toilet with the resident barber. I remember when they layed the new flooring, it was hoped because it was slippery the pigeons would not like it, and disappear.

Southwark NewsNewsMeet Jeffery Fry, the man who has been working at Waterloo station for nearly sixty years