'Do something today that your future self will thank you for' 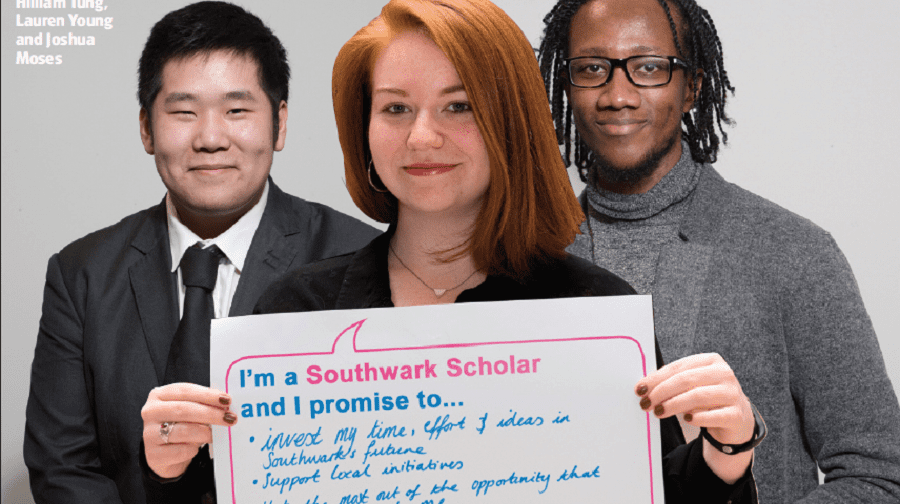 Thirteen pupils from Southwark were able to go to university last year with financial help from the council’s ‘Southwark Scholars’ scheme.

Ninteen-year-old Hilliam Tung, currently in his first year studying maths and computer science at Imperial College, said he found out about the scheme after searching online for bursaries, as he was worried about the financial pressures of going to university.

“My family has faced a number of hardships and I really went through some of the darkest times during my GCSEs,” he said. “To think that the Southwark Council is willing to look out for students who’ve gone through difficult circumstances, both academically and socially, by offering such a scholarship, just makes me thankful that people can understand the struggles of coming from a low-income background.

“The scheme has given me a lot of confidence and less stress when it comes to taking on the many opportunities I have access to at Imperial, worrying less about the overwhelming debt from student loans and spending more time focusing on getting through my course and participating in student life.”

His experience was echoed by Lauren Young, 20, who is now at the University of Essex studying history and sociology. She described getting the scholarship as a ‘huge weight off my shoulders’.

“I would have still gone to uni but it would have been a struggle,” she explained. “I see it in my peers, there’s an anxiety about finishing uni, what comes next and how are they going to pay off this debt? It’s really sad.”

She is now friends with another student at Essex who is funded by the same scheme.

Since the initiative started in 2011, 88 youngsters from Southwark have achieved their ambition of studying in higher education despite the growing cost and debt of attaining university degree.

There are high hopes they will continue to give back to their area after graduating.

Hilliam said he wants to set up his own hedge fund and help schools, youth groups and social start-ups in Southwark after he graduates.

“Having the support from councillors and people in positions of authority for setting up such a project has reinforced my perseverance to want to do more than just getting through life,” he said.

Joshua Moses, now 22 and working for an education charity, graduated from Birkbeck, University of London with a law degree last year after being supported by the scheme.

He says the scholarship has ‘definitely given me a renewed commitment to Southwark’ and is encouraging other school leaders to apply.

He said: “If you are considering applying you have nothing to lose and everything to gain.

“I’d say do something today that your future self will thank you for.”

On top of having an excellent academic record and taking part in community work, all recipients must be from households with an income of less than £25,000.