"I want to change the scope of what cake is, we are more than just cake" cafe owner said 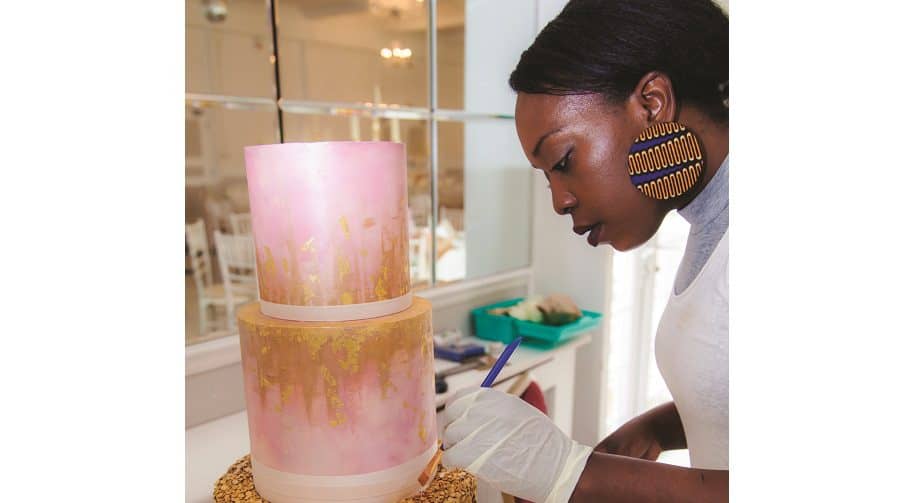 A Walworth café owner is showcasing her unique and extravagant cakes on a new Channel 4 programme, writes Gem Sofianos.

Nastassja Lusengo, 32, who runs The Vibe Café at the Crypt on Liverpool Grove features on Extreme Cake Makers,  creating elaborate and jaw dropping designs that could be mistaken for works of art.

Nastassja, who also runs The Indulgent Sugar Plum Bakery,  was approached last year to feature on the show after the production company discovered her on Instagram and at first questioned if her designs were actually cakes, as they were so impressive.

Nastassja told the News: “We don’t do novelty; we create cakes that start a conversation.”

Two years ago she started the café, which is very much a family affair; her aunt runs the café, her mother and brother head up the kitchen, while Nastassja works on the unique online orders that clients commission.

She explained that she is ‘a cake artist rather than a cake designer’ and her most interesting cake ‘Dream Catcher’ featured on the show and was made for London singer Floacist.

The cake included an intricate edible feather boa made up of 100 pieces of sugar paper, which took two days to make.

Her cakes typically take five to six days to create, as everything is handcrafted and painted and doesn’t simply end with baking.

Other elaborately detailed cakes that feature on the show are a nearly three foot tall wedding cake decorated with a centre piece of 70 edible ruffles and a two foot tall, 3-tiered cake, which not only had sponge the colours of the Nigerian flag and sweets hidden inside but an edible 3D fabric skirt to match the party girl’s dress.

Before what she describes as tripping and falling into baking, Nastassja was an artist and fashion designer and uses her artistic flair as inspiration on her show-stopping creations.

Café customers can catch a glimpse of some of her extraordinary creations as she bakes them and dummy examples of cake designs are displayed for all to admire.

Nastassja added: “I have big dreams in what I do in my business and I want to change the scope of what cake is, we are more than just cake.”