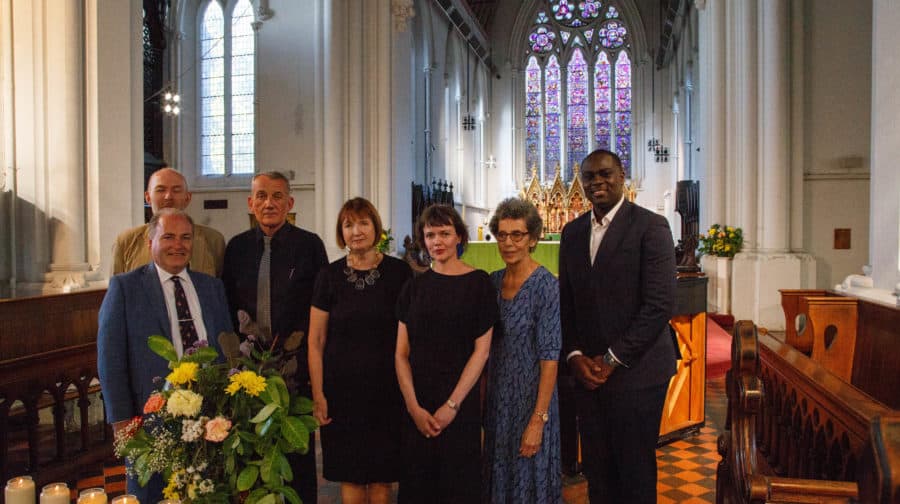 The tenth anniversary of the Lakanal House fire disaster was marked at St Giles Church in Camberwell last week.

On Wednesday, July 3, residents from Sceaux Garden Estate were joined by local MP Harriet Harman and members of Southwark Council to remember those who lost their lives and homes in the blaze.

At the multi-faith service, Harman, the Camberwell and Peckham MP, read out a poem May Time Soften Your Pain.

As the News reported last month, ten years on Southwark Council has spent tens of millions on fire safety across its housing portfolio, but despite warnings issued in the aftermath of the disaster and an inquest held in 2013, changes were slow to come at a national level and ultimately led to the horrific loss of life at Grenfell.

Meanwhile, according to figures obtained by the Labour Party, 95 per cent of social housing tower blocks in the UK remain without sprinkler systems.

“The council at the time, along with others, was at fault and we are deeply sorry for the six precious lives that were lost.

“Since then we have made many changes to our fire safety programme to help prevent a tragedy of this sort happening again, spending £124 million on fire safety works.

“The 3 July will be a sombre day in our borough, as we remember the terrible events of that summer’s day.

“Our thoughts are with the families and friends of those who died, and the community that has worked so hard to recover following the fire.”

Alison McGovern, a Labour MP for Wirral South and former Southwark councillor who served at the time of the fire returned to Camberwell to join the service.

She said on Twitter: “Listened to the wonderful @NickVicar speak of the mountains of clothes and toys that were given by kind people.

“But none of us can help feeling so very distressed. Action not taken. Chances missed, and then the horrors of Grenfell.”

May Time Soften Your Pain

In times of darkness, love sees…

In times of silence, love hears…

In times of doubt, love hopes…

In times of sorrow, love heals…

And in all times, love remembers.

May time soften the pain

Until all that remains

Is the warmth of the memories

Lakanal Fire Ten Year On – Southwark Council fined £270,000 and spent millions on fire safety in aftermath of the disaster