Group meets twice a week, and is also looking for more elderly residents to join in and socialise 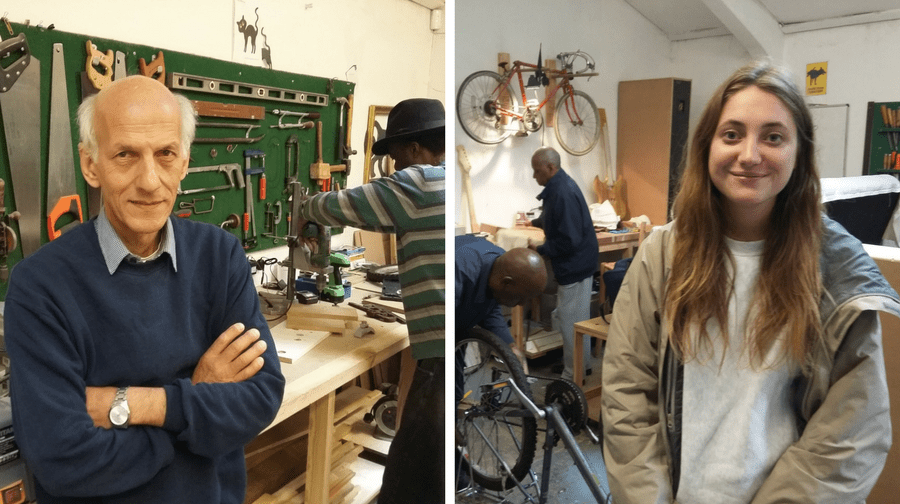 A ‘Men’s Shed’ for retired gents is appealing for help after nearly £1,200 of donated tools were nicked by burglars.

The Men-ders club was set up by Age UK Lewisham and Southwark, to give older and unemployed men a place to socialise and do some old fashioned DIY. The old library building it moved into in April last year, with funds from the Big Lottery, is now like a second home for its 20 weekly regulars.

The group’s lead volunteer, 60-year-old Axel Sabass, told the News: “There’s plenty of things for women to do as they get older and want to socialise. But for many older men, with a lack of purpose or who are becoming isolated, there’s only pubs or betting offices.

“We think these projects should become just as typical as men using the sheds in their gardens. But a lot of people in this area don’t have gardens.”

But on Monday, September 18, staff arrived at work to find they had been burgled during the weekend.

Police believe the thieves broke in via a store room at the back of the building, which is shared with Pecan foodbank. They squeezed through a small window less than two feet high, and Axel explained that they had unbolted a set of metal bars from the window.

Nikki Burland, an outreach worker for the charity, said the value of the stolen tools was £1,196. But what represents “a bigger blow” was the fact that all the tools were donations.

The Shed’s regulars built all of the worktops out of scrap wood donated to them by local businesses. Sometimes the donations are more unusual, and Axel pointed to scraps from old pews donated from a church. The volunteers and regulars welcome locals looking for someone to fix their lap tops. A row of sewing machines were also donated from the Aylesbury Estate T&RA.

Dennis builds his boat (left), and Francis Campbell works on his Fender (right)

Nikki added: “The idea is someone can bring absolutely anything along and we will try and fix it. The aim is that when the project is more fully and up and running, we will be able to go out and do more community projects.”

Francis Campbell, 86, from Camberwell, was making his own Fender Telecaster when the News visited last week, and had just finished varnishing its fret board. “I’ve been coming here for about a year. It gives me things to do in a social facility, and it’s a great help mentally.”

Dennis, a former mechanical engineer, said: “This is what I look forward to each week. It’s a shame it’s not open more days.

“I designed this boat and calculated the curvature on the panels. I’m going to put masts and sails on it. I’ll take it to the sea with mooring ropes and a safety harness and I’ll go sailing.”

The Men-ders club opens every Friday and Saturday from 11am to 1pm. Anyone looking to visit to try the club out, or to donate any tools or supplies should visit the “shed” in 122 Peckham Hill Street.

A police spokesman said: “Officers have carried out a number of enquiries but have, at this time, been unable to identify a suspect. Anyone with information is asked to contact officers at Peckham police station.”