“When someone burns their toast downstairs we can smell it in our flat. The walls have always been thin. You can hear people talking. So we know the walls wouldn’t be safe if there was another fire” 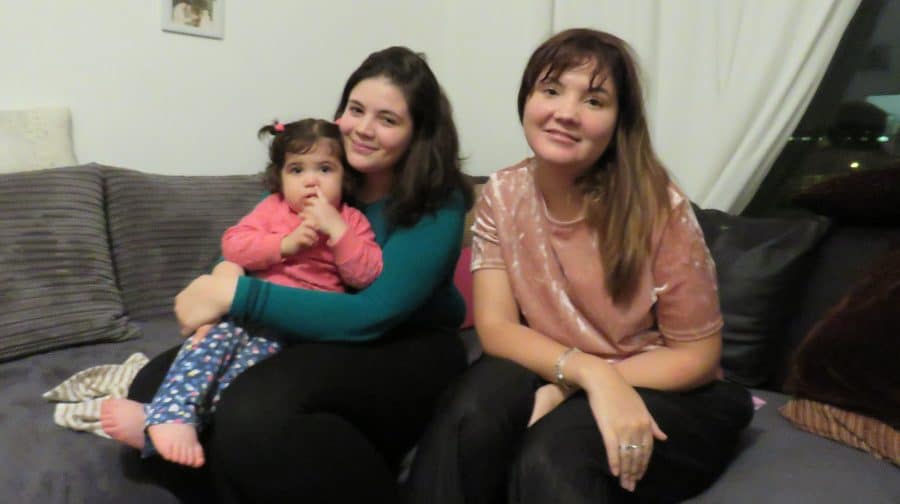 A mental health nurse living on the Ledbury Estate has spoken out about the well-being of fellow residents in the four tower blocks.

Claudia Perez, 33, has lived in one of the fourteen-storey towers, Bromyard House, with her sister, niece and mum for nineteen years.

Residents have faced a series of life-changing revelations about their homes. In June, the local fire brigade demanded that fire marshals occupy the towers after dozens of flats were found to have cracked walls, which residents claim they had been reporting for years. In July came the discovery that the towers had never received essential strengthening works, needed to make them capable of carrying gas, and able to withstand a gas explosion.

Claudia has observed how the toll of going “weeks and months without the basics”, losing sleep, and frequent disturbances from workmen entering their homes, has affected residents’ mental health.

“We’re seeing people in emotional distress,” the Maudsley Hospital nurse said. “Children are asking questions to their parents in relation to death and fires.

“It’s become more evident that people are struggling with anxiety. This has been going on for so long, and people have such a lack of social security.

“It’s extremely troubling for children if they ask their parents what is happening, and when everything will be normal again – but their parents can’t tell them the answer, and also appear stressed.”

She believes the issues became more evident after residents had to be evacuated due to three fire scares. The first was in Skenfrith House on October 7. And a fault with new smoke detectors in Bromyard House caused two evacuations: one at 3am on September October 21, the following at 8am on October 23.

“Being evacuated at 3am, in their pyjamas, when it’s cold and raining, was extremely alarming, especially for young children,” Claudia said.

Her sister Daniela, 26, has experienced panic attacks since the evacuations, and has been prescribed anti-depressants and medication for high blood pressure. She is constantly mindful that her fifteen-month-old daughter Antonella is being raised in an “unsafe” building.

Despite Southwark Council’s reassurances, Claudia says few residents believe the tower blocks have been made safe. Some cracked walls in residents’ flats remain unfilled, and there are reports of some already re-opening.

Daniela added: “When someone burns their toast downstairs we can smell it in our flat. The walls have always been thin. You can hear people talking. It’s always been like that, it’s always been a running joke. So we know the walls wouldn’t be safe if there was another fire.”

Councillor Stephanie Cryan, Southwark Council’s cabinet member for housing, said: “I know what an unsettling few months the residents of the Ledbury towers have faced and although we are doing all we can to help residents with whatever they need, we still don’t have all the answers about the future of the buildings.

“I don’t want anyone to be left struggling with anxiety and for any resident who isn’t coping, there are a number of services available that we can recommend. If anyone is in this situation they can speak to a member of staff in the residents’ hall for more information or access services via our mental health hub.”