Merry scenes at the Christmas lights switch-on in Peckham Square 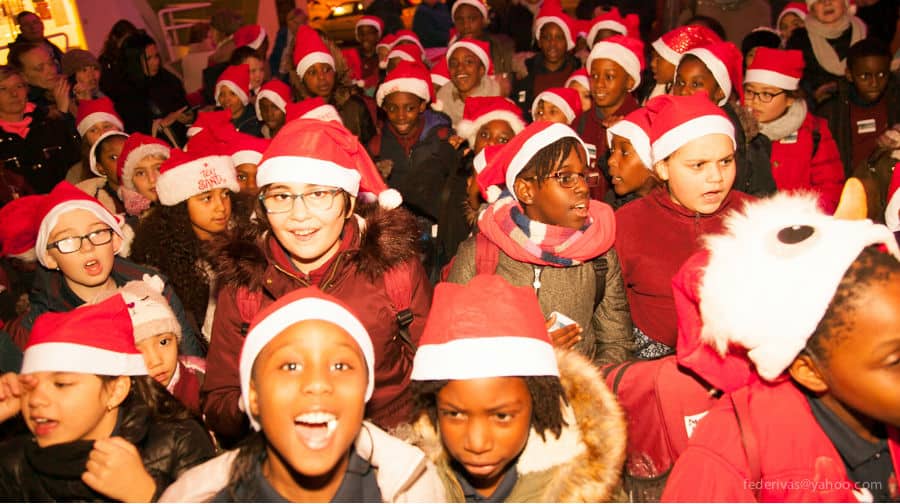 People turned out in droves to see the Peckham Square lights turned on for the last time on Friday December 2, writes Kirsty Purnell…

The Mayor flicked the switch on and entertainment was provided by pupils from Oliver Goldsmith Primary, Theatre Peckham and Mountview Choir.

The six-year tradition of the Peckham Square lights will end next year, when the arch is demolished.

The event was organised by Maureen Baker and her daughter, of Sumner Residents Association. Maureen was thrilled with the turnout, which she estimated to be around 250 people throughout the course of the night.

“I’m pleased with how the night went. I’m getting good reports coming back and I’m really pleased with that because it’s the last one.”

Maureen highlighted that the event got a lot of support from Peckham businesses, notably Morrisons, John the Unicorn, Peckham Wetherspoons and The Hope, who supplied refreshments for the evening.