Live-streamed for free on November 27th 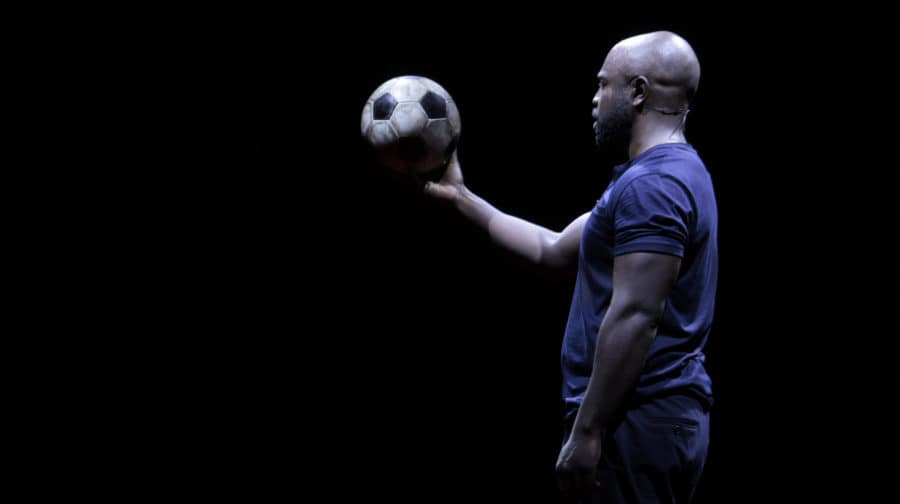 Being my first time back inside a theatre for nine months I was extremely impressed with the National Theatre’s Covid rigmarole that kept everyone feeling secure and would very likely have the added bonus of keeping any virus-deniers and anti-maskers away, writes Michael Holland…

The opening was also the night that Death of England: Delroy closed with Lockdown 2.

‘Keep Your Social Racial Distance’ the PA system bellowed out, announcing the start of a play where Delroy takes us through his life as a working-class black man. And even though the script is sprinkled with humour it is an uneasy watch as it punches up and out from start to finish.

Death of England: Delroy is the sequel to last year’s Death of England, another one-man performance where Rafe Spall as Michael rants about what his life has become and how he blames others for it – Namely his friend Delroy who he tells: ‘You might act like us, you might sound like us but you will never be one of us, and deep down you know it.’ Hence, this follow-up is built on the inherent racism of the white population who choose to deny racial equality and ignore the work put in by brown people to make Britain great. 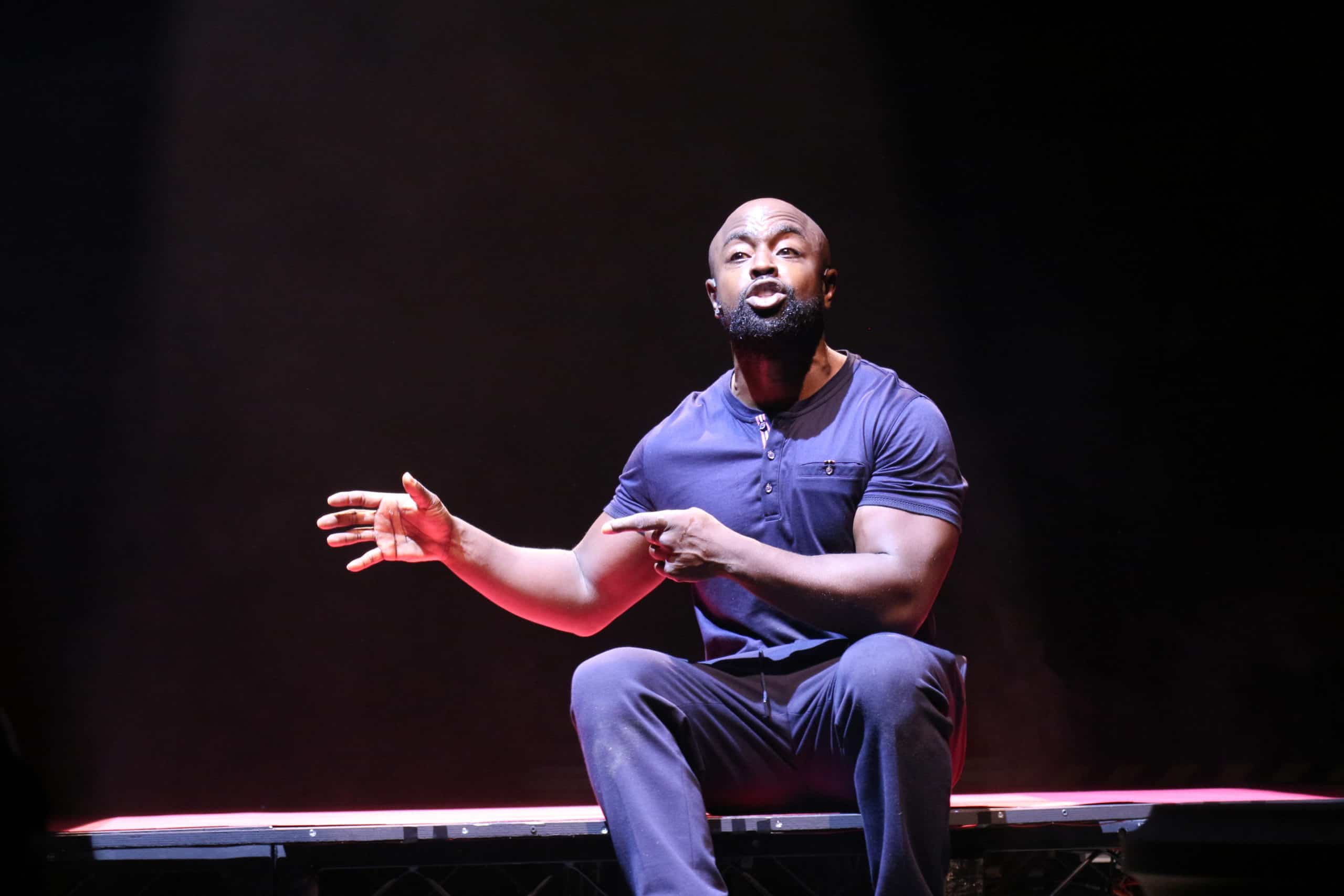 Michael Balogun as Delroy recalls the feelings he had as a young boy, the casual racism, and his first kiss with Carly, Michael’s sister, and how they fell in love. Like his mates, Delroy worked hard to get a mortgage, boasting, ‘I even voted for Boris’. Delroy was doing everything white.

And then when on his way to see his first child being born he was stopped by the police, who would not listen to his pleas of wrongful arrest. A scenario played out every day on our streets.

And when Michael told him they could never be equals he slowly began to see things differently, culminating in his own rant at his friend where he explains that he only voted Brexit because he knew it would put England at the bottom of a heap and the Little Englanders would experience what he had experienced his whole life.

Death of England: Delroy is co-written by black men, Roy Williams and Clint Dyer, who also directs, so you know are getting the facts just as they play out in real life. Nothing is added for dramatic effect, no embellishments are necessary as theirs is a story that should make people feel the unease they have lived through, and which Michael Balogun acts out stunningly, with all the gusto and swagger the role requires and deserves.

Delroy guides the audience through his life, Windrush, Brexit, BLM and right up to date with Lockdown on a raised stage that he turns into a St George flag to stomp over, in a performance that is on fire for the whole 90 minutes.

Death of England: Delroy will be streamed for free on YouTube on 27 November at 7pm GMT and return to the Olivier Theatre in Spring 2021.