Enjoy the spectacle of colour and movement and music 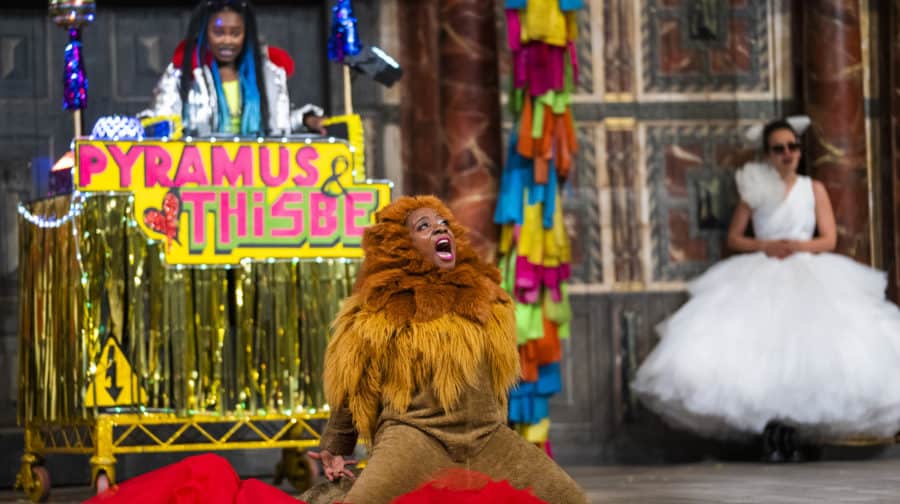 Shakespeare’s Globe reopens with a revisit to 2019’s A Midsummer Night’s Dream, which seemed to me like two hours of disparate groups of grown ups running around reenacting children’s playground antics, writes Michael Holland…

Social-distancing was at a peak, with nobody within touching distance of you or your bubble, and the groundlings, traditionally a standing area only, now had chairs scattered about the space.

First off, a gaily-dressed brass band came on and oompahed out a few tunes. Twas the Hackney Colliery Band who provided the music throughout and who, I bet, also do a good line in New Orleans funeral procession.

We are then slowly introduced to the various plots and plotters, with the teenage lovers acting like teenage lovers, the forest fairies looking like Doctor Who baddies on acid, and the sextet of actors bringing the most fun. 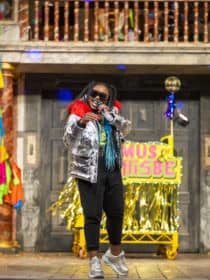 For a play of many plots, this one is pretty much unfathomable to the untrained audience member. If you have not studied this Shakespeare comedy, or seen it before, then you can, in Sean Holmes’ version, enjoy the spectacle of colour and movement and music. You will leave not knowing what on earth happened but you will have a smile on your face.

The band knocked out a random selection of numbers that included instrumental versions of songs by Hendrix, The Housemartins, Toploader and Shaggy, while Oberon, King of the Fairies, looked suspiciously – and deliciously – like Quentin Crisp.

For me, the star was Sophie Russell who stalked and prowled the stage and created the most laughs. But, let’s not forget Dan the Groundling, who was called on several times to keep the play moving forward and, no less, to power the Pyramus and Thisbe disco via an exercise bike connected to the electrics.

But all’s well that ends well, apparently, with the lovers marrying the right partners, Titania and Oberon solving their problems, and the actors performing their play, albeit badly, and the fairies getting to bless the marriage beds. Sorted.

A Midsummer Night’s Dream back at an open Globe is a big night for Shakespeare fans.