WHO ARE THE MILK SNATCHERS? Two thieves steal 800 cartons from Riverside Primary School 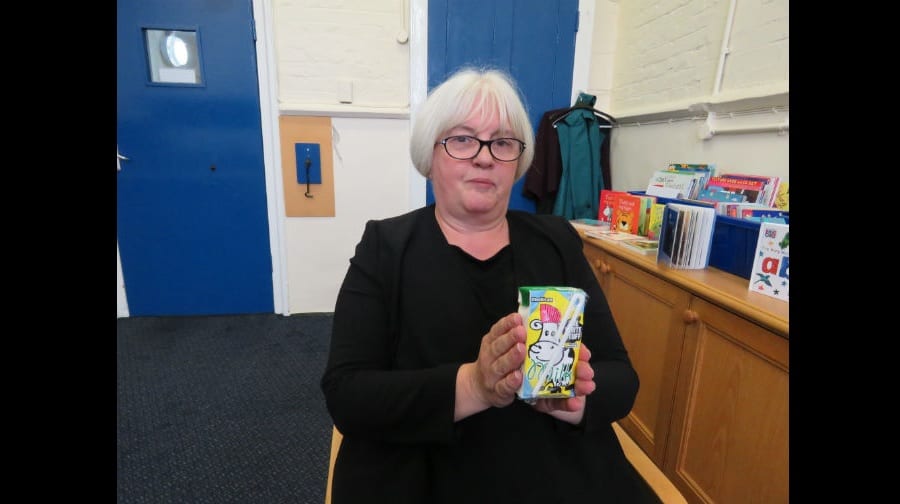 A Bermondsey primary school is appealing for the two people who nicked their 800 cartons of milk last week to stop, as it “is the children who are suffering”.

The theft at Riverside Primary School took place in the early hours of the morning by two men on push bikes, just hours after it was delivered to the school gates.

The raid left 320 schoolchildren without any milk last week, leading to the head teacher Jose Lewis to appeal for the snatching to stop.

Ms Lewis said: “They came along on their push bikes at 3am and put one brick of the milk on their shoulders and went away, then came back to get more.

“It all disappeared so it means the children can’t have milk! I want to ask them ‘can you please stop’? It’s the children who are the ones suffering and it’s not that nice to do it. Sometimes people take the fruit when they go past but that is ok because we always make sure we have more than enough.

“Taking the whole load is a bit much. We have told the police and they have come along and looked at the CCTV. We are going to talk to the milk people to come at different time and are thinking of getting a lock box but it would be quite big.

“We have had the deliveries for quite some time. We have upped it recently so we can give it to everyone in the school. It’s good because they take a milk when they come into school so we know they have a good start to the day. It was definitely two people, possibly three. It took them quite a while because they were taking one pack at a time. I have no idea what they’re going to do with it. I would suggest to them they don’t tell their parents as they wouldn’t be very happy about it.

“If you need the milk come and ask us! We had a harvest on Wednesday and it was amazing, where we delivered packs of food to the community. I would like to say a big thank you to all the parents for their generosity.”