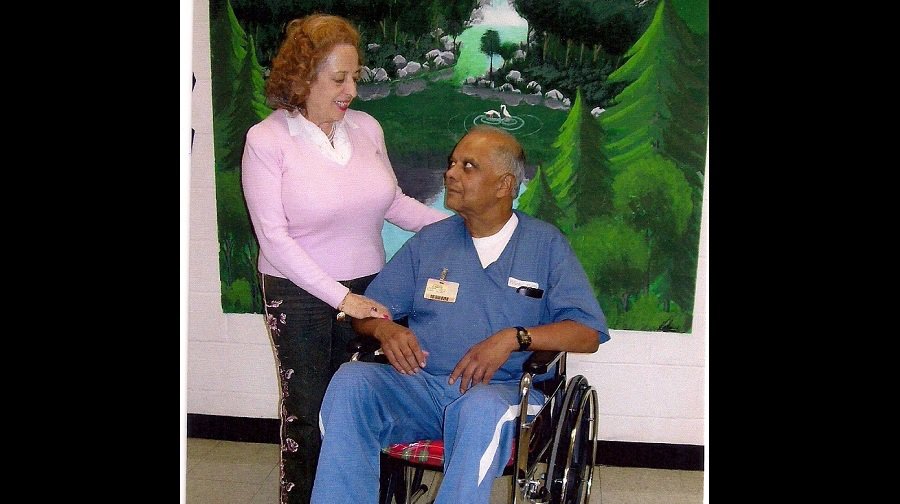 Kris Maharaj with his wife Marita

A self-made millionaire from Peckham who has spent 30 years in a Miami prison for two murder convictions could be given a retrial, as new evidence has come to light.

Krishna ‘Kris’ Maharaj has always maintained his innocence to the murders of his former business partners Derrick Moo Young and son Duane in 1986, claiming instead that they were gunned down by members of late Colombian drug lord Pablo Escobar’s cartel.

Now, Clive Stafford Smith, the lawyer representing 76-year-old Maharaj, and the founder of prisoner’s-rights group Reprieve, has said that a US judge will consider new testimony suggesting the murders were actually committed by men working for Escobar.

A ruling in March from the Eleventh Circuit Court of Appeals in Atlanta said that additional witnesses had presented “compelling” accounts that “independently corroborate” each other’s testimony – and suggest that the Moo Youngs were killed by Escobar’s men.

The case will now move back to Miami for a federal hearing before a single judge, who will consider the new evidence, Reprieve said. A date for the hearing is yet to be confirmed.

Kris moved from Trinidad to Peckham in 1960, where he first worked as a van driver. He earned his fortune by starting his own business importing fruit, allowing him to build up a legendary collection Rolls Royce cars.

In 1974 he met his wife Marita, and they later moved to Florida where he invested in a property scheme with Mr Young.

When the double murder took place, Maharaj was suing Young for defrauding of up to £400,000, which was cited as his motive by the prosecution.

Reprieve achieved a partial victory in the case in 2002 when they exposed violations in the due process of the trial, and got his original death sentence quashed. But instead of being released, he was handed a life sentenced.

Maharaj was refused a retrial in 2006, but a book – ‘Injustice’ published in 2012 by his lawyer Mr Stafford Smith – gave him a second chance. It detailed numerous cases where he claimed innocent men had been put on death row.

Then In 2014, Miami judge William Thomas granted Maharaj a full evidentiary hearing on the strength of the book’s evidence, though this too ended unsuccessfully.

According to a motion filed in January this year by Maharaj’s lawyers, a “Colombian drug cartel member confirmed that the Moo Young murders were committed at the behest of Pablo Escobar”.

The motion also alleged that the Moo Youngs were laundering money for Escobar.

As part of the new court proceedings, Maharaj’s lawyers will present written evidence from one of Escobar’s former lieutenants, saying that Escobar ordered the murders because they were stealing from him.

Additionally, they will present previously-unexamined evidence showing one of Escobar’s cartel operative had been booked in as a guest in the hotel on the night of the murders.

Mr Stafford Smith has said in a statement: “We still have a long way to go, as we need to force disclosure of the rest of the evidence the government has held all these years.

“But it is a great day for Kris, and I hope now we will finally get him the justice he has long been denied.”