John Berylson called for the council to tear up the agreement, with an announcement to be made "in due course" 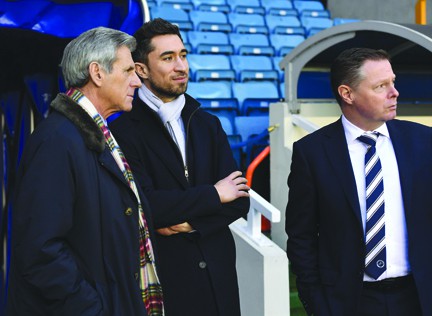 Millwall’s chairman has called on Lewisham Council to scrap a conditional land sale agreement for areas surrounding the Den, saying the club will not spend money on its development plans until it does.

Lewisham Council is due to make an announcement about the conditional sale agreement in “due course.”

If scrapped, it would see the end of a seven-year battle that had raised the prospect of the club being forced out of Bermondsey.

The council had sought a compulsory purchase order (CPO) to seize the land surrounding the Den after the club refused to sell, but it was abandoned in 2017.

The three plots would have been given over the Renewal for their use as part of the New Bermondsey development.

However, despite the abandoned CPO, the conditional sale agreement still in force between town hall bosses and the developer Renewal meant the process could have been restarted all over again.

In a message to fans in Sunday’s programme against Brighton, the club’s chairman, John Berylson, said the club’s board could not agree to spending money on their own plans for the Den and the land surrounding it with the agreement still in place.

“We are asking our council and Renewal to remove this obstacle, which will demonstrate that we are true partners in these plans and are not wasting the club’s time and its owners’ money,” Mr Berylson said.

The agreement meant that the club faced the prospect of spending up to £1million on the plans for the land while it was technically promised to Renewal, he said.

A spokesperson for the council said: “The Council has received a request from Millwall FC to remove the conditional land sale agreement (CLSA).

“We are very encouraged by the joint work that is now taking place between the club, Renewal and council officers.

“This work includes an objective to remove the CLSA.

“We are giving careful consideration to the current request for an early withdrawal of the CLSA and we are in active dialogue with the club and Renewal. An announcement will be made in due course.”

The call follows months of “constructive” talks between the club, the developer Renewal and Damien Egan, mayor of Lewisham.

“I am pleased that we seem to be making progress towards our goal of bringing forward a development that has the support of our community,” Mr Egan said of the talks in January.

Cancel the C.P.O.and let Millwall spend there money to improve the area ,there bring a lot of money and business into the area ,Everytime a bid is put inforland the councilseem to be on the side of the buyer not thinking about the voices othe the local people It all about money with them ,lets change this practice once and for all.