“Knowing we had won was the only thing distracting me when I was in the hospital. I did cheer a bit," victim said 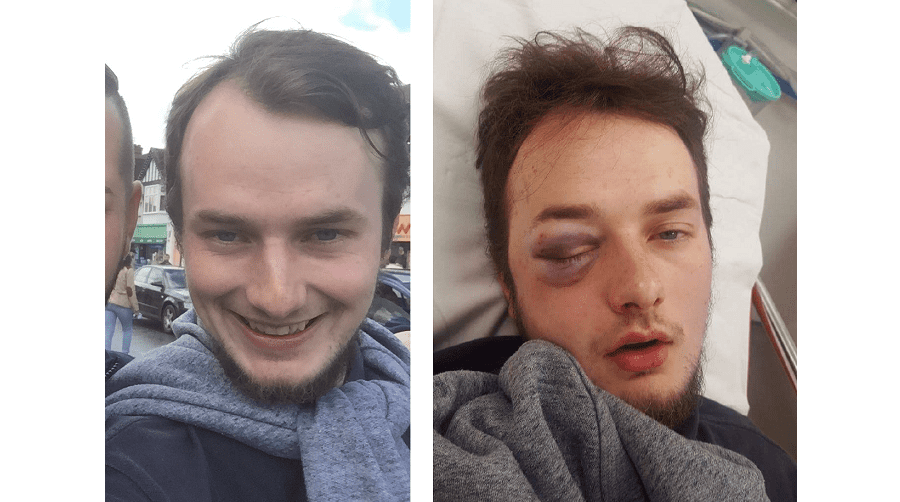 A 21-year-old has said he will need facial reconstructive surgery after a ‘random attack’ by a Bradford City fan before the Millwall match at Wembley Stadium on Saturday.

Lions fan Kasey Conlon (pictured) spent the duration of the play-off final in hospital, after what he described as an unprovoked attack on himself and his brother.

He said they encountered their attacker because “stewards told us we had to go to the entrance where the Bradford fans were”.

Just outside the stadium, Kasey said a Bradford fan approached them and began ‘throwing punches’.

“He didn’t say anything. He just swung at me twice,” Kasey said. “I took two punches and my brother [aged 29] took one.”

Millwall and Bradford fans pulled them apart and diffused the situation.

Kasey then “got up” and went to speak to the first police officers they saw.

But he said the officers “told us to go to the stewards”. The stewards then escorted them to a medical room. The brothers were then taken to hospital and were given an X-ray, which showed Kasey has three misplaced bones around his face.

They missed the match, and didn’t get to leave hospital until 8:30pm, before they stayed the night with family in Peckham.

Kasey will have to take two weeks off from work in Kent before he has facial reconstructive surgery, and then faces another four weeks off to recover.

He said his swollen eye is now “starting to open” after holding ice against it for hours.

Kasey added: “The fact that we were told to go through the Bradford fans was bad enough, but the police told us they couldn’t do anything about it, and just to go to the stewards.

“Knowing we had won was the only thing distracting me when I was in the hospital. I did cheer a bit. But I was gutted because I had tickets for the bottom tier. They were expensive.”

He has since reported the incident to Kent Police, who referred it to the Met.

Despite the incident, Kasey said Bradford fans and Millwall fans had been getting along, and were walking towards the stadium together.

Kent Police have confirmed that they took a statement from Kasey on behalf of the Met.

The Met have said they are waiting for information to be transferred to them.