New: Millwall fan begins charity challenge of sitting on every seat at The Den

Craig Wilson will sit on all of the 18,000 seats in the stadium over the next day as he raises money for Bromley Mencap. 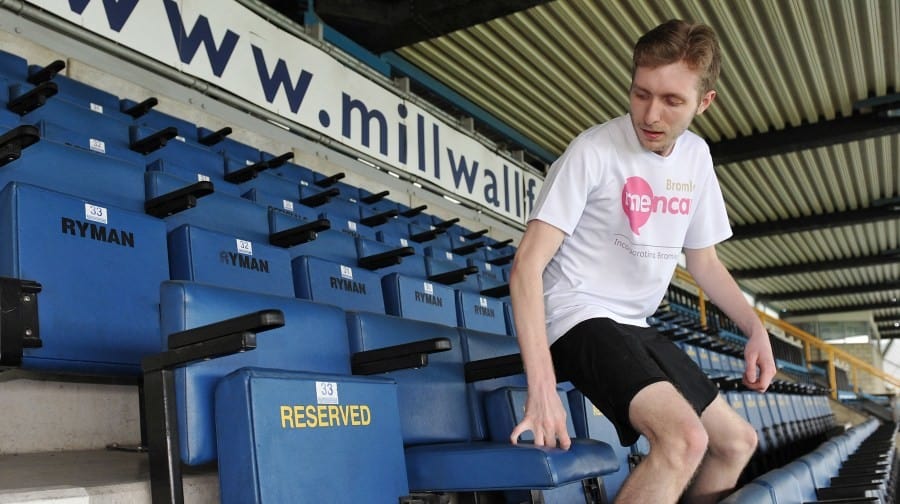 A Millwall fan is attempting to sit on every one of The Den’s 18,000 seats over the next day, in a creative attempt to raise money for Bromley Mencap.

Craig Wilson, 22, was inspired by a similar stunt completed by Alan Shearer and Robbie Savage during Comic Relief, and hopes that his own effort will help raise a lot of money for the charity that supports people with disabilities of all ages.

The ‘sit-a-thon’ began this morning and will finish when the 22-year-old sits in the home dugout just before tomorrow’s match against Watford.

His step-mum Karen, secretary for the Millwall Academy, said: “This is a great way for Craig to say ‘Thank you’ to Bromley Mencap for all the help and support they continue to give him and others. Mencap as a whole offers a fantastic range of services and activities for disabled people of all ages. This also includes offering invaluable help and support to families and carers too.

“Craig came up with the idea after seeing Alan Shearer and Robbie Savage undertake a similar type of challenge for Sport Relief at Wembley Stadium. I have warned him that he will get a sore backside, but he is determined to carry on regardless, so any messages of support or donations really will be gratefully received.”

Click here to donate, or give a few quid to the bucket collectors in the main car park at tomorrow’s game.

Southwark NewsNewsNew: Millwall fan begins charity challenge of sitting on every seat at The Den