Sean McCarthy, a familiar face to Lions fans and workers across the city, sells poppies and badges outside Cannon Street for two weeks each year 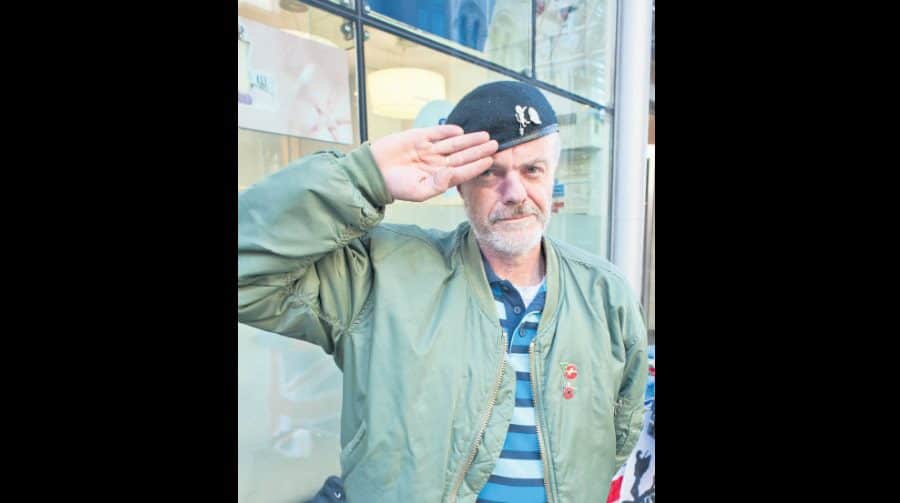 Sean McCarthy, long-serving poppy seller at The Den and in Cannon Street

A Millwall fan who received a British Empire Medal for raising £65,000 for The British Legion last year has been banned from selling his popular homemade badges.

Sean McCarthy, a familiar face to Lion’s fans and workers across the city, sells poppies and badges outside Cannon Street for two weeks each year, having raised around £278,000 over seventeen years.

But this year he has been told by The British Legion that he cannot sell his famous badges anymore and is only allowed to flog their official poppies.

Sean said: “I usually take some money out of the bucket to cover the cost of making the badges, which I do off my own shoulders. I’ve had to give them [The British Legion] all of my badges and they said I can’t sell them.

“I’m not going to argue and I just want to get on with it. It’s not me who misses out it’s the soldiers. People really like the badges and that’s why people like coming here. They [The British Legion] don’t listen to the people.

“I can’t do anything. It’s probably going to be my last year, they’ve taken the heart out of it.”

Sean, an HGV driver, received the British Empire Medal in May which is given for civil or military service worthy of recognition by the Crown.

Sean McCarthy and Helen, an organiser

A spokesperson for The Royal British Legion said: “Sean McCarthy is a valued collector and has been a familiar face at Cannon Street Station in London during the Poppy Appeal for more than seventeen years.

“He continues to collect for us, and we are grateful for the time all our volunteers dedicate to supporting the Legion’s work with the Armed Forces community.”