Millwall fan Reg Day to be remembered with minute’s applause 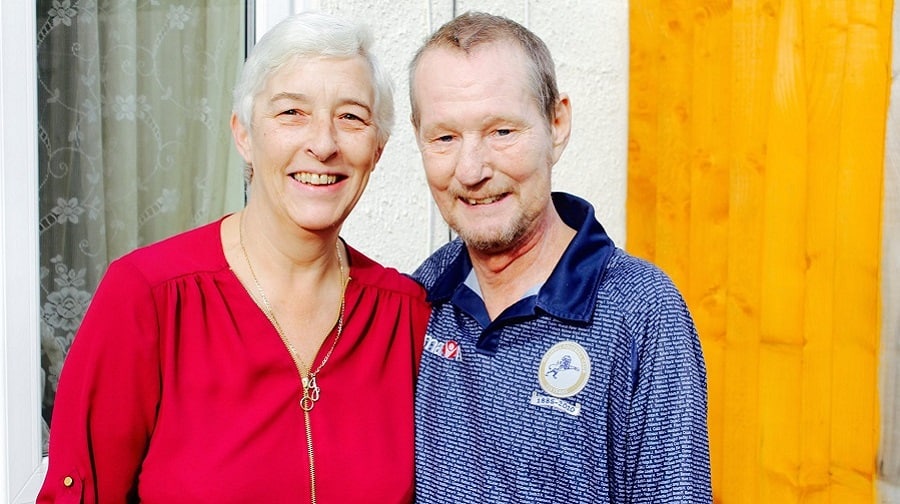 Millwall fans will hold a minute’s applause at Saturday’s match in memory of a life-long supporter who has died from cancer.

Fans are expected to put their hands together in the 50th minute of the game against Brentford this weekend in honour of the 50 years Reg Day spent supporting Millwall.

The 61-year-old, who first began following the club as a child after his parents spent time living near The Den, sadly died in hospital on Monday, February 26, after being diagnosed with terminal cancer last summer.

Reg’s daughter Joanie, 24, described her dad as “determined” and a “fighter” and said he hung on until the very end.

“He had a tumour on his neck but we didn’t know what it was, so we went for tests and it came back two days after his 61st birthday in August that he had terminal cancer,” she told the News. “It turned out he had cancer in the back of the throat, the neck and under the arm – then it moved to his lungs and his liver.

“To get a diagnosis like that was just a shock because he didn’t look or seem unwell. He was still going out and going to football matches.

“He fought so hard and he did everything he could to make it past Christmas and New Year so we could be together as a family.”

Joanie said that, until Reg became sick, he never missed a home game at The Den.

“Tuesday nights and Saturdays he would be there, FA cups, Wembley countless times and he travelled all over the country miles and miles,” she said.

“There’s not a piece of clothing in our house that was not Millwall – even his socks. Reg Day pictured with his sister and nephews in Ireland

“He was a Millwall supporter until the very end.

“Dad was a family man but he was also funny and stubborn and strong-willed,” she added.

“He was just a really great guy – if you needed something he would do it.”

Reg, who was a painter and decorator by trade and lived in Grove Park, Lewisham, leaves behind his partner Julie Butler, 54, children Vicky, 28, Joanie, 24, Robert, 22, and Geri, 20, and one-year-old grandson Riley.

He will be buried in his favourite Millwall shirt at his funeral next Wednesday, March 14.