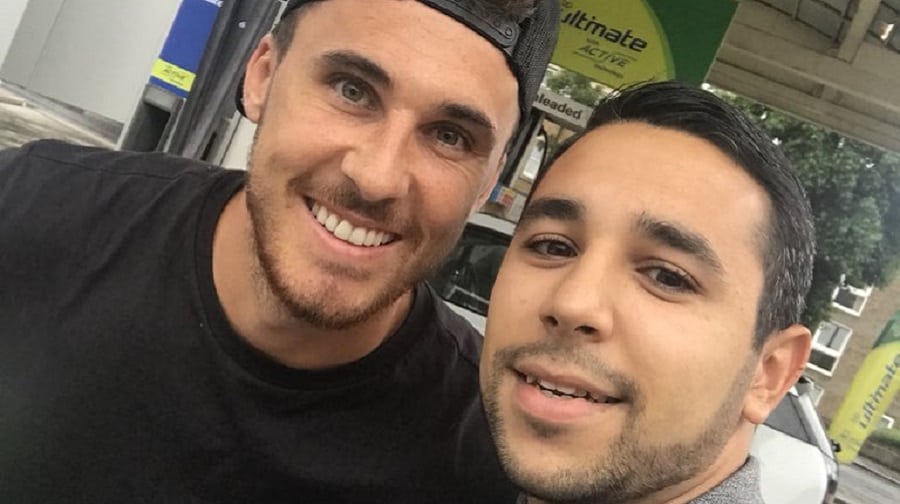 A life-long Millwall fan has vowed to run a half marathon in a West Ham strip if he hits his fundraising target for a young cancer sufferer.

When Jamie Pearce heard of little Hammers supporter Isla Caton’s story and what other Millwall fans were doing to help, he felt compelled to do his bit.

Three-year-old Isla suffers from rare childhood cancer neuroblastoma and needs to travel to America for a potentially life-saving bivalent vaccine.

Isla’s family had initially hoped to raise £192,000 to send her overseas for the vaccine, which could help prevent her cancer from returning once she is in remission.

However, they recently shared the devastating news that Isla’s cancer has relapsed and that they are now aiming to raise £400,000, as she will need additional treatment not available on the NHS.

Touched by her story, 25-year-old Jamie, father to a young child himself, has decided to run the whole of the Vitality Big Half in a West Ham shirt next month if he raises at least £500 for Isla.

“I will wear a West Ham shirt which, for me, is blasphemy,” said Jamie, who works in recruitment and is also studying an economics degree at Goldsmiths.

“I’m as big a Millwall fan as you’re going to get really and I’ve never worn anybody else’s colours, but I thought it would be nice to do something for Isla.

“Especially when you’ve got kids of your own it hits another nerve; my little boy is six months old now and looking at him he’s always happy and smiley and you would not want to see it [what Isla is suffering] for any kid.”

The News previously reported how Millwall supporters asked to donate their ticket refunds from last month’s Leeds United match to Isla’s cause, and that Nick Hart of Millwall AMS supporters’ group was taking on a sponsored walk alongside Hammers fans in a West Ham shirt.

Jamie, originally from Bermondsey but now living in Bromley, will take on the Big Half on March 4, and also plans to run Brighton Marathon, London Marathon, French Riviera Marathon, and another half this year.

Runners will begin the Big Half on Tower Bridge before heading to Canary Wharf, then back along the highway to cross Tower Bridge into Southwark, and then to the finish line at the Cutty Sark in Greenwich.

To read more about Isla’s story and to donate to her campaign, visit: https://www.justgiving.com/campaigns/charity/thebradleyloweryfoundation/islacaton