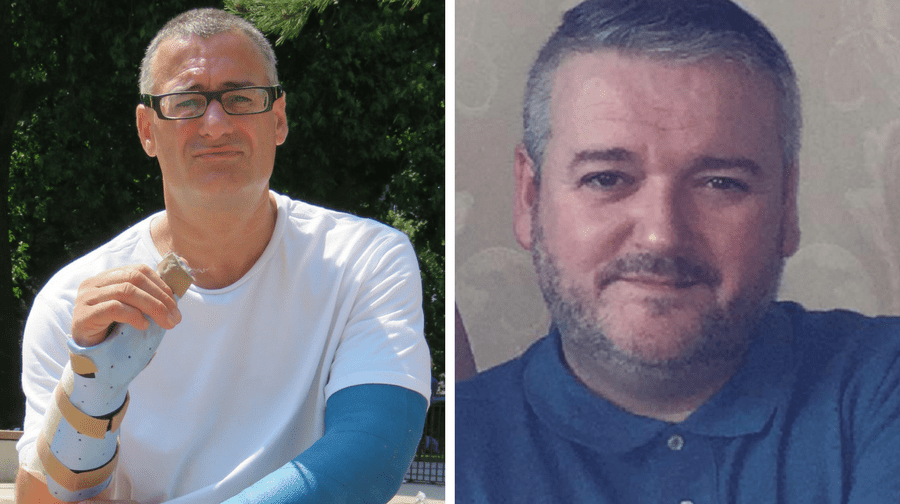 Millwall will honour four of its fans caught up in the London Bridge terror attack.

The group of fans, which includes ‘Lion of London Bridge’ Roy Larner, will be guests during Millwall’s clash with Bolton at the Den tomorrow afternoon.

Mr Larner was branded a hero after it emerged he shouted “f*** you, I’m Millwall” while fending off three terrorists during the June 3 attack.

But a video later emerged of him allegedly shouting racial abuse at a black photographer in Elephant and Castle months before the terrorist incident.

Mr Larner has apologised and agreed to attend the Lions’ anti-discrimination Millwall For All workshop.

He maintains that he is not racist and has apologised for any offence his comments caused.

“It will help with all sorts of things, including diversity and anger issues.

“At the end of the day I haven’t been charged with anything; it’s been blown out of proportion.

“I apologise if I did upset anyone by saying anything. I’m not racist.”

Millwall would not provide any comment when asked by the News, however CEO Steve Kavanagh told the Sun: “We know how special an occasion it will be for the four supporters to come to Saturday’s game as VIP guests.

“Roy knows his comments were unacceptable. He apologised and expressed a desire to attend a workshop that the club is arranging for him.

“This club has led on anti-discrimination initiatives.”

Mr Larner said he was “thrilled” to be a VIP guest alongside Darren Kenny and two other Millwall fans in the chairman’s suite tomorrow.

There will also be a presentation by chairman John Berylson on the pitch before kick-off to honour the four supporters.

Bermondsey-born black cab driver Darren Kenny, who ferried terrified people away to safety after the terrorists struck, praised the club and said he was “really looking forward” to what would be a “memorable day”.

“Millwall and in particular Micky Simpson (fan on the board) have been fantastic from the moment they found out I was caught up in the attack,” he told the News.

“They arranged for a private tour of the ground for myself and my son Harry, which was given by Millwall legend Jimmy Carter.

“CEO Steve Kavanagh came and met us as well. The club have truly shown that they look after their fans and care about the local community.”

Eight people lost their lives in the June 3 attack after three terrorists drove a van into pedestrians on London Bridge before jumping out and stabbing people in Borough Market.

The market was closed for eleven days while a police investigation took place.