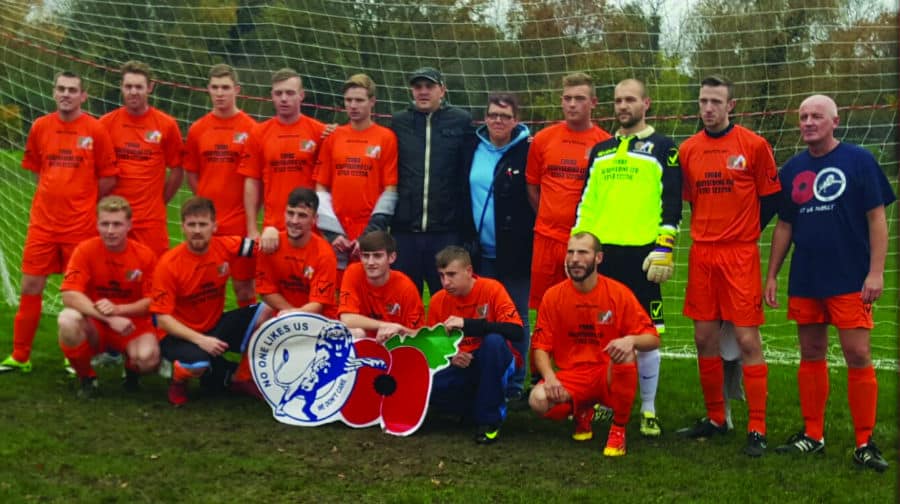 MILLWALL supporters have offered to donate all the money raised at their annual charity football match on July 9 to a disabled Bermondsey schoolgirl to help her get a computer to communicate, writes Alex Yeates…

Lions fans will take on Charlton Athletic supporters for the third year in a row to help a worthy cause, with this year’s recipient being ten-year-old Ruby Longman.

Ruby suffers from the rare Rett syndrome which means she hasn’t been able to walk or talk since she was a baby.

Simon Davis, an organiser of the event, said: “We do a charity football match each year and this year when we saw Ruby’s story we’d decided to do it for her.

“This will be our third year, previously we have done them for Lee Rigby and a cancer charity. It’s just a great way to bring together football supporters and have a family friendly and fun time.”

Taking place at Eltham Town Football Club, SE9 2DT, kick-off is planned for 3pm with an expected attendance of around 1,000.

Timi Samples, Ruby’s mum, said: “It is really nice that people are interested and have given so much. I’ve been asked to come visit people down The Blue so they can make a donation.

“Lilly-Rose was called into her head master’s office and she thought she was in trouble, but it turns out he just wanted to publish the story on the school website to help Ruby.”

Last week the News reported how the campaign to get Ruby a computer to help her talk had reached £2,500 out of the £10,000 needed in just a matter of days.

Tickets for the charity football match will cost £5 for adults and £3 for under-10s with doors opening at 12pm.

To book tickets, call Simon on 07711 156 805, and to donate to Ruby, visit https://crowdfunding.justgiving.com/rubyeyegaze