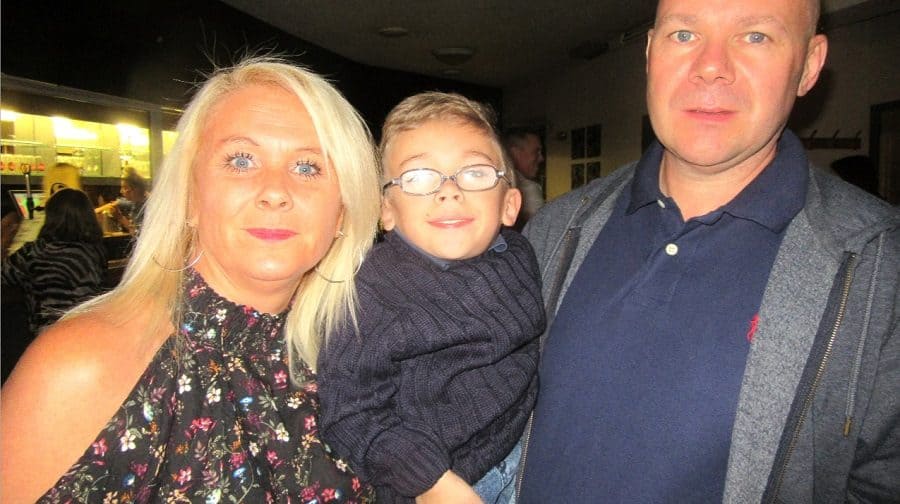 Millwall fans will hand over a cheque in memory of young Sunderland fan Bradley Lowery when the football clubs meet next month.

Little Bradley was just six when he died from cancer in July, after capturing the hearts of people across the world, including former Sunderland striker Jermain Defoe.

The Bradley Lowery Foundation was set up to fund the youngster’s treatment for neuroblastoma, but money raised will now go to other children to help pay for their treatment, among other things.

Millwall steward Ellen Butler, along with season ticket holders Kelly Webster, Martin Cooper, and Chris and Sue Prete joined forces to organise a charity night in aid of the foundation.

Millwall fan Paul Fuller, an ex-Oasis backing singer, was the star of the show, performing for free on the night.

And Bermondsey boy Harvey Brown, who suffers from the rare metabolic disorder morquio syndrome, was a guest of honour alongside his parents Vicky and Dean.

“Because of Millwall’s Harvey Brown, I think a lot of our fans feel empathy towards the Bradley Lowery Foundation,” said Chris Prete, who helped organise the event.

“The Eltham Hill Club were great, and people and local businesses inundated us with offers of raffle prizes.

“A big thank you goes to Millwall FC and Charlton Athletic who both donated items for the auction. Everyone has been behind us from the start”.

The proceeds will be presented to the Bradley Lowery Foundation at the Sunderland v Millwall game on November 18.

It is hoped that Sunderland AFC will agree to the presentation being held on the pitch.