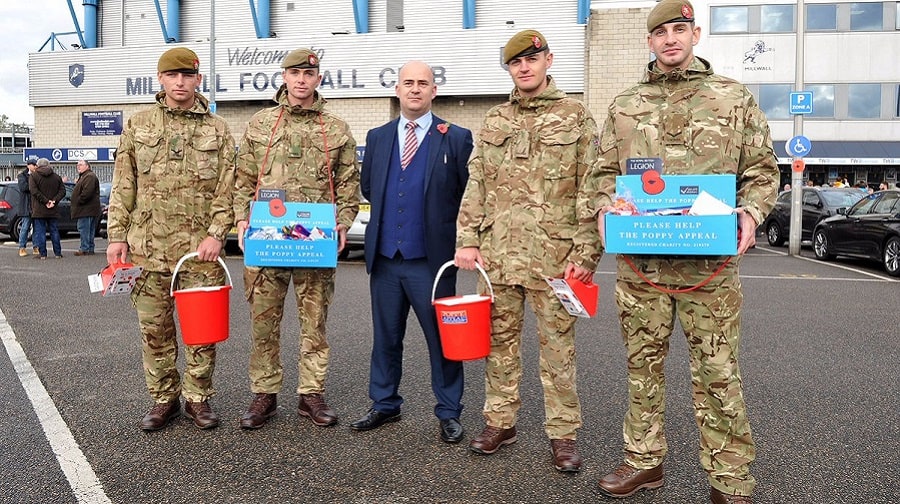 Generous Millwall fans raised a record-breaking amount for the club in aid of the Royal British Legion’s Poppy Appeal.

Lions fans managed to raise £5,165 for the appeal at the club’s Remembrance Day game against Burton Albion last Saturday, November 4.

The total is a record-breaking figure for such a collection at The Den.

It was generated through both bucket collections and the sale of badges and poppies by Millwall’s Blue Bus.

Millwall’s annual Remembrance Day game, held ahead of the actual day on November 11, saw soldiers invited to The Den as special guests, who also volunteered in the overall fundraising effort.

The club said it “greatly appreciated” the efforts of a small group of Millwall fans who were “hugely influential” in helping to arrange the fundraising drive at the pre-match.

“The Lions would like to place on record its sincere thanks and gratitude to everyone who helped to fundraise and donate,” a club spokesperson said.