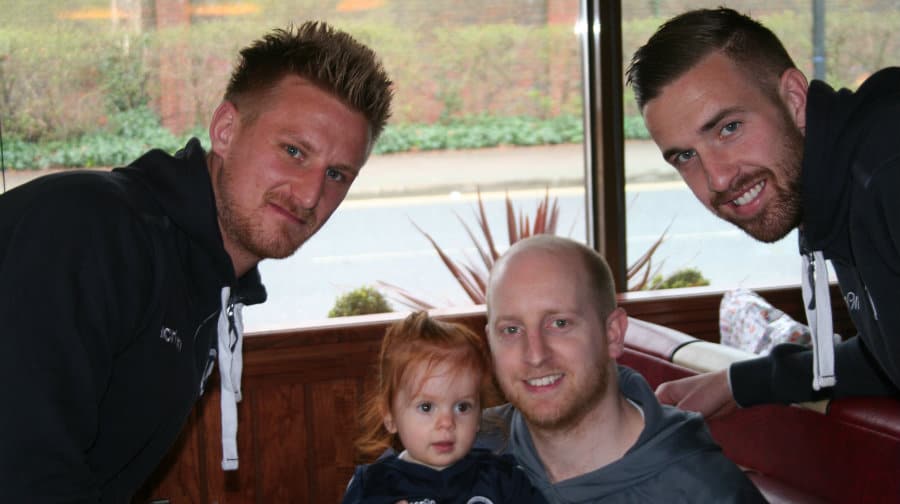 They took food orders, made drinks, signed football shirts and posed for photos with their fans.

From 2-4pm the restaurant was crowded with excited children in Millwall kits, and their families, as  players Byron Webster, Mark Beevers, Lee Gregory and captain Steve Morison got to work. Sonny, twelve, said: “I have been a fan since I was born.”

Jack, eleven, said: “The whole of my life I’ve been supporting Millwall, but normally I just watch them play.”

Defender Webster said: “I’m well nervous, carrying the drinks tray with one hand. I need to do it with two hands or I’ll be dropping it all over everyone.” Captain Morison said: “It’s great that the fans are here and excited to see you. We do player appearances but this is something that we don’t normally do. We go and see fans but normally in a football environment.”