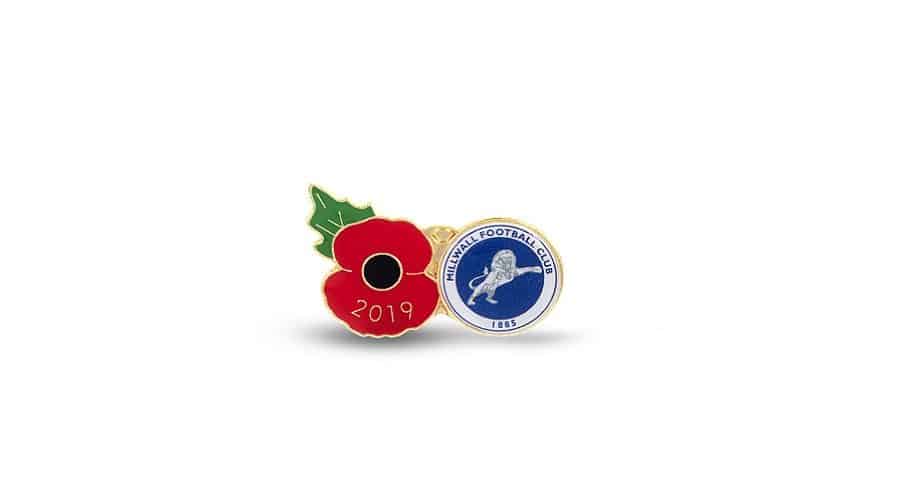 Millwall poppy pins have been appearing on third party websites, with no guarentee profits will go towards the Royal British Legion

A poppy badge with Millwall FC’s crest has been launched again this year with profits going to the Royal British Legion.

Stocks of the pin badge, which shows a 2019 poppy and the Lions crest, sold out last year – but now they are back in stock ahead of the official poppy appeal campaign launch later this month.

For those who are not Millwall supporters, pins have been made for all teams across the Premier League, Championship, League One and Two.

All profits from the sale of the badge will go towards the British Legion’s charitable work.

The charity, founded by veterans of the First World War, helps members of the Armed Forces community and is the national custodian of the military covenant between the nation and our soldiers.

If you wish to buy one of the pins, costing £2.99, they can be found by searching ‘Football Club Poppy Pins The Poppy Shop’ or by clicking here.