Revealed: First pictures and plans of Millwall’s proposal for redevelopment of The Den

We want a ground fit for Premier League football, says the Club, as it announces its stadium plans 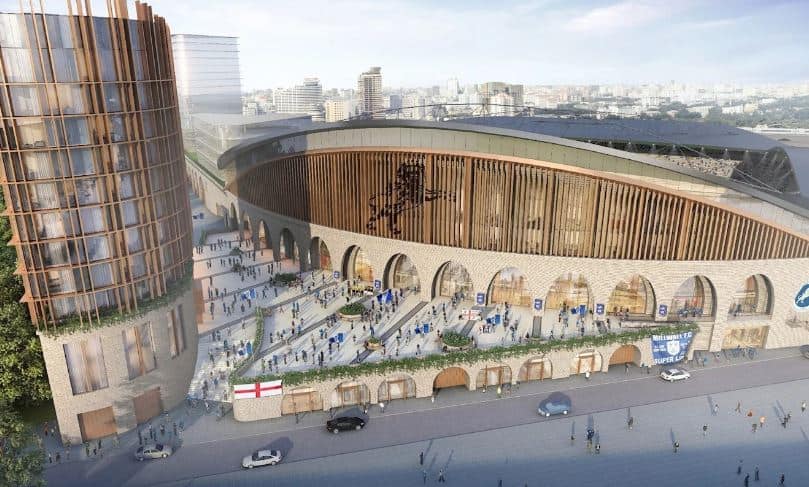 Millwall FC has announced its plans for the new stadium this afternoon, saying it wants a ground “fit for Premier League football.”

In a statement, the Club said it is planning an incremental expansion of The Den, up to a max capacity of 34,000 seats.

However, in order for the plans to go ahead the Club needs to reach an agreement with Lewisham Council on the new lease for The Den and surrounding land.

As the News reported last week, Lewisham’s boss, Damien Egan, hailed a “new vision” for the area surrounding the ground as part of the New Bermondsey development which would allow Millwall to expand its stadium. “It has been a long and at times difficult journey to this point, but we are delighted with progress now,” said Millwall chief exec, Steve Kavanagh. “As long as we can secure an appropriate new lease, we can play our part in the growth and development of Millwall Football Club and its community.

“Over time we will bring our stadium up to Premier League standards while ensuring that our presence in Lewisham is sustainable and that we remain a force for good.”

Under the plans, the stadium will get additional seating in upper tiers behind the existing seating bowl.

The Club is also proposing a new public plaza as part of the development which would incorporate parking, commercial outlets, and community use spaces.

New facilities for the Millwall Community Trust, including a sports centre with a sports hall, changing rooms, a gym and a community café are also included in the bold plans. In addition, the Trust will have access to new multi-purpose spaces within a proposed West Stand extension for potential classrooms or fitness studios, says the Club.

“This news is the best of all possible outcomes,” said Bruce Caldwell, Senior Associate of AFL Architects, which has drawn up the plans.

“Not only does the club have a clear plan for its future growth that retains its unique brand, but the wider community will reap the benefits.”

The design of the expanded Den will be inspired by the history of Millwall, the Club vowed, and as much of the original infrastructure will be kept as possible “to ensure the unique atmosphere of The Den is retained.”

Looks expensive. Whose paying for it? I don’t think supporters and ticket sales will cover it?

Southwark NewsNewsRevealed: First pictures and plans of Millwall’s proposal for redevelopment of The Den