Millwall’s fan on the board ‘truly humbled’ by award nomination 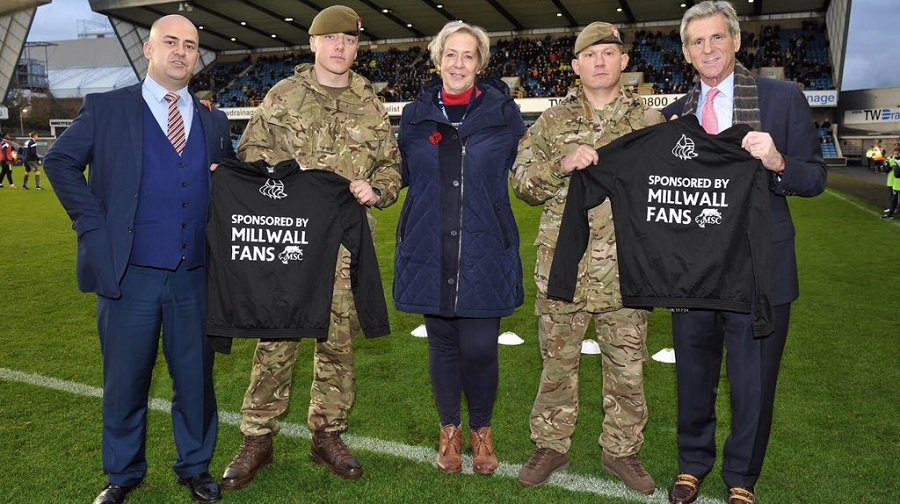 Millwall's fan on the board, Micky Simpson (far left), is up for a Football Supporters' Federation award

Millwall’s fan on the board has said he feels “truly humbled” to be nominated for a Football Supporters’ Federation award.

Micky Simpson is in the running to be named Supporter Liaison Officer of the Year in the 2017 FSF awards.

The 42-year-old has been shortlisted alongside six others for the accolade, which recognises the work supporter liaison officers do for fans across the country.

Mr Simpson has been the club’s fan on the board since the start of the season.

After four Millwall fans were caught up in the London Bridge terror attack on June 3, he arranged for them to be VIP guests at a Lions match against Bolton.

And the fans also appeared on the pitch to be honoured with a presentation by club chairman John Berylson.

Mr Simpson also set up Millwall AMS group, which was instrumental in blocking Lewisham Council’s attempts to compulsory purchase land used by the club to sell to a developer.

Speaking to the News, Mr Simpson said he was looking forward to the awards ceremony next month.

“I don’t do the things I do to go for the awards, I just do it for the benefit of everything it brings to the fans around us,” he said. “I just want to say it’s truly humbling and I appreciate being nominated.

“Let’s just keep our fingers crossed and see if I can win the award and bring it home for everyone.”

Ninety shortlisted candidates will battle it out across fifteen categories, recognising everything from the best players of 2017 to fans’ favourite away days. The awards will be presented at the Tower of London on December 4.