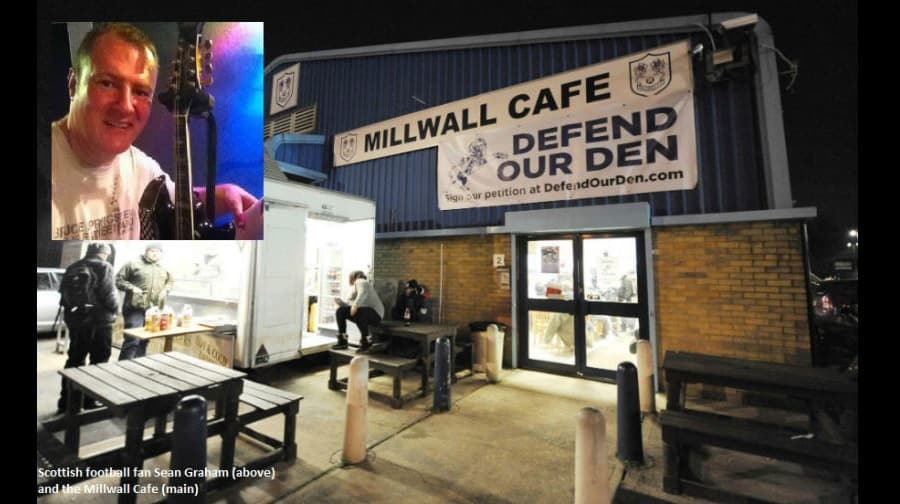 As Millwall were battling on the pitch with Coventry City last weekend, their battle off it with Lewisham Council was being brought to the attention of a different football crowd over 500 miles north, writes John Kelly…

Scottish football fan Sean Graham was in London recently when he learned of the Council’s decision to begin the process of handing land around The Den over to property developer Renewal.

He felt so strongly about it he penned a piece for Montrose’s match programme for their Scottish League Two fixture with Cowdenbeath last Saturday.

“Sometimes something just grabs your attention and you know that you have to speak out about it, today is one of those days,” he wrote.

“Just recently, I was in London in the Southwark area on a family holiday and I had picked up a copy of the Southwark News to look at what was going on in the world of football in that area.

“I noticed how much work a certain club were doing in the community and also that they were having problems with their local council and a property developer as they tried to muscle in on their land.

“I had thought no more about it until I looked at Twitter and then I felt I had to try and help them in some small way by signing the petition and by writing this article.”

Sean, who works in the archives with the BBC and in their sports department on Saturdays, has been writing columns for the Montrose and Premiership club Aberdeen match programmes for a number of years.

And he says he has been overwhelmed by the response to the Millwall piece.

“Anybody that knows me knows I love football and music and writing stories,” Sean told the News.

“I picked up on the Millwall thing down in London and I didn’t know what to write about for my next article but I thought, ‘You know what, I’m going to write about that’.

“There’s a bit of a Scottish football link: Alex Rae used to play for Millwall. So I said let’s see if it gets any interest and it did.

“I can’t believe the interest it’s generated on Twitter. Millwall fans have contacted me to say, ‘Thanks for writing that, Sean, that was amazing’.

“The one thing I can do is write about it, especially when you’re a football fan and you see the way a club is being treated.

“These guys used to get such bad press, the Millwall supporters. I thought I’d write the article and try to get them some decent press.

Sean has never been to The Den but hopes to make it to a game this season. He also says he will contact Montrose – whose best achievement was winning the old Scottish Division Two title in 1985 and who have an average attendance this season of just under 600 – to let them know how much attention his article has attracted from Lions fans. “They’ll be interested to see the reaction to a piece in one of their programmes.

“It’s grown arms and legs. The first part of this week I was ill so it’s really picked me up and given me a lift. I’d love to get to The Den and meet all these people who have been tweeting me and contacting me.

“I think over the past two weeks Millwall’s got a special place in my heart. I’m only doing what I feel is right as a football fan. Millwall have done so much for the surrounding area and I think the council could do a lot more.”

Sean, who intends to write more on the subject on his own blog, ended his programme piece with a call to arms to all football fans. “They sing, ‘we are Millwall, super Millwall, no one likes us, we don’t care’, but it is time for the football world to show that they care and care as much as these guys do about their club.”

Sean Graham’s website can be found at: Sean’s World of Music and Football