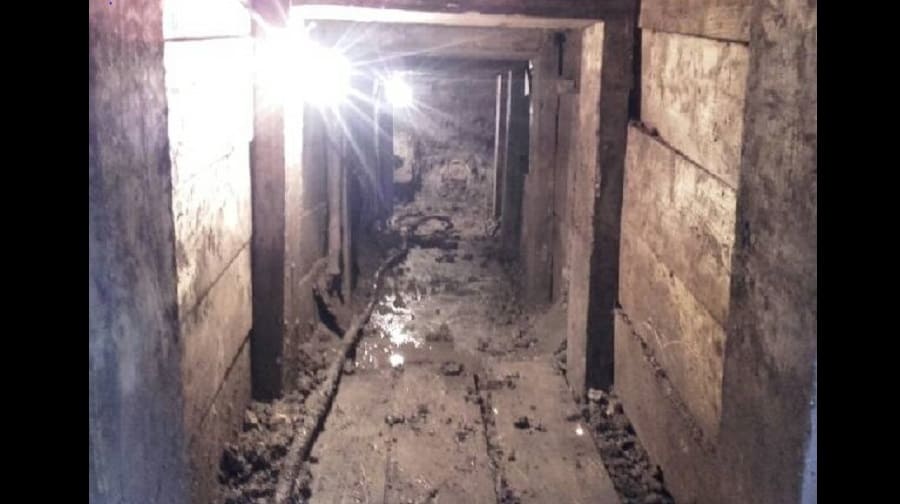 Thames Water have released this photo of a mine shaft dug beneath a Peckham street, where sewage pipes had been blocked by ten metres of concrete.

The News reported yesterday that a rogue builder had poured concrete down drains in Hanover Park.

The problems were first reported on Monday by residents whose sewage was “backing up” in the blocks of flats beside Hanover Park.

Thames Water confirmed the concrete had “set” and the sewage pipes were “85 per cent” blocked with the solid concrete.

Stuart White, a spokesperson for Thames Water, called the unknown culprits “selfish and irresponsible”, and said the works having to be carried out were “a complete waste of time and money”.

Local resident Jennifer Chelley previously said she believed the concrete had been “flushed” down a toilet.

Thames Water staff have been working to clear the drains this week, and the company said it hopes to finish the job by Sunday.

Mr White added: “Normally blockages are caused by fat, oil and wet wipes building up in the sewer but unfortunately in this case it’s concrete, so we can’t jet it through. It’s in there and it’s set to the pipe, so we need to remove the pipe and replace it with a new one.

“This is very frustrating, a complete waste of our time, and not the first time damage has been caused by people pouring concrete into our sewers. After fixing the problem, we will investigate and then reclaim the costs from whoever is responsible.”